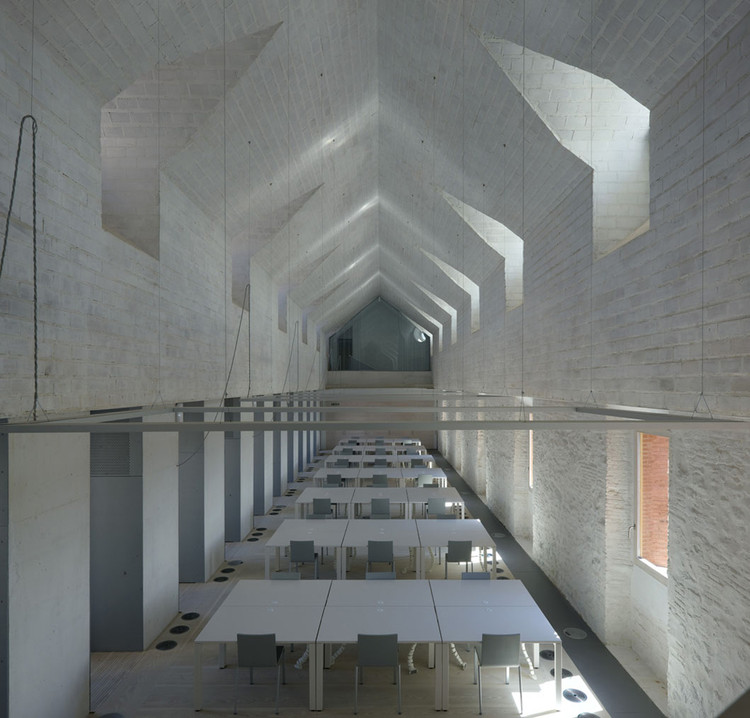 Text description provided by the architects. In the last decades of the nineteenth century, thanks to the Comillas Lord, the town became a hub of the incipient Catalan Modernism. The seminary began with some sketches of Jesuit and Engineer Miguel de Alcolado, later on Joan Martorell and Lluis Domenech i Montaner started to work in the project giving the building the monumental and desired style.

The building has an academic style plan, with two cloisters with functional rooms and a central body with significant institutional spaces. After its abandonment in the 90s, it was in a terrible condition. The most remarkable architectural spaces, the lobby, the main hall and the church facades had minimal alterations, although they presented a significant deterioration due to time and lack of use. The rest of the spaces had suffered multiple interventions that trumped the apparent clarity that promises cloistered architectural type. The diseases caused by an extremely experimental construction at the time demanded swift action. The project proposes two complementary intervention degrees in two different areas of the building.

The project proposes two complementary intervention degrees in two different areas of the building. On one hand, the maintenance and conservation of most artistic spaces, located in the central body, with extensive renovation to restore its original splendor. The intervention is enriched with small specific actions intended to qualify and reclaim the spaces. We open holes looking for permeability between parts of the building, the church gets greater formal autonomy. We design new walls and floors which naturally mixed with the modernist elements and we recreate a magical space in the mansard on the auditorium.

On the other hand, it raises a more intensive rehabilitation in the cloisters, trying to transform its oppressive character. We consider there is no need here to keep the same effort restorer we decide to operate more freely, introducing new programs and technologies as required. We demolish most of the building and built in vacuum. The brick walls remaining acquire all its expressiveness. We solve most of the project technical aspects with a new wall, following the traces of the old and obsolete intermediate one.

The new wall articulates the relationship between visual and functional halls and cloisters, through the systematic order of their holes. The wall consists of two canvases where white concrete slabs are supported and they also brace the restored original facades. The wall section organized the intervention and allows for its hollow interior, breathe and run all the installations. A smooth wall, as a "stucco" concrete reflects light and contrasts with the marked masonry texture of the original walls. The wall is folded on the top floor creating a large canopy. There, we create a glazed perimeter gallery that enhances the functionality of the rooms of this floor, qualified by the demolitions of the mansard slab, converting the attics in unexpected skylights. The different floors were arranged according to the new wall and the position of the cores and services, which are arranged precisely at the towers, generating flexible spaces that can be allocated to multiple uses. The new spaces are complemented by the church, which should become the great hall.

New uses require a large space for service installations. This new building appears under the old football pitch, taking advantage of the topography, in a long block with the same length as the Seminar. In the rehabilitation of the central body and the facades, it is worth remark the different structural interventions, artisanal glass restorations, paintings, bronzes, plasters ... and the emergence of new materials in situ terrazzo, walnut baseboards, Cumella tiles ... In the cloisters, the concrete of the slabs and the wall gain all the attention, contrasting with the whitewashed historic factory. Pavements are made of Douglas pine and we solve the roof with deep beams of reinforced masonry. In the first phase, it has been rehabilitated the eastern cloister and the central body. We hope that we can continue the works to recover this important building. 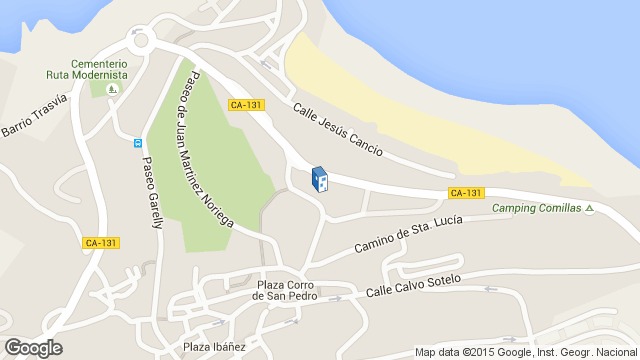