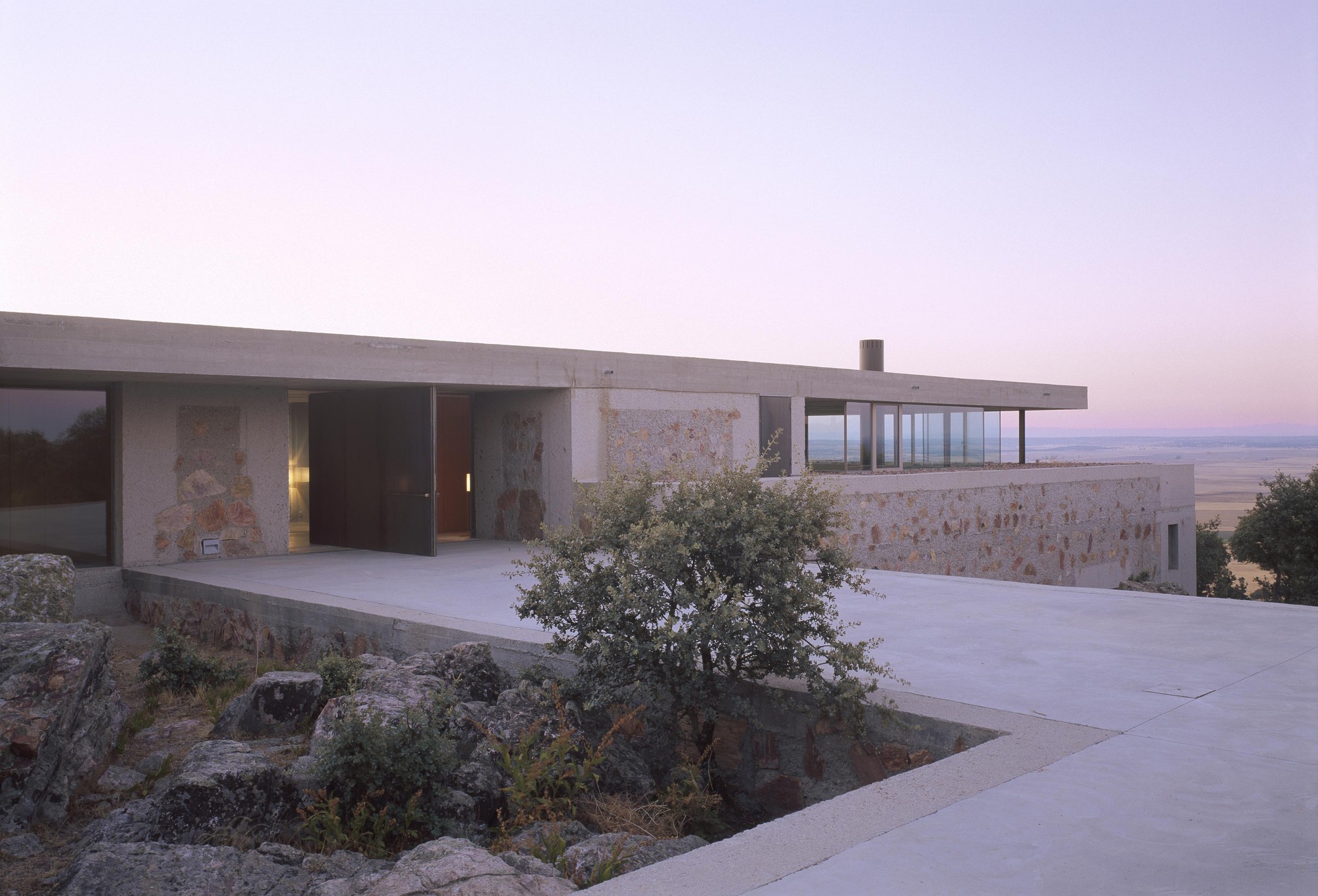 Only after deciding where to build a house, you can be aware of the importance of it.

The house is located in a quiet place with enough distance to the city. The distance makes this home fulfills the conditions of villa on the city of Salamanca and Madrid.

The place where the house is located is the top of a hill, from the northern slope that falls on the south side to the Castilian plateau, in a flat and infinity landscape.

The topography and orientation construct a very important part of the architecture space, hence the importance of the choice of the place. Its access from the nearest road leads through a rocky road of slow and difficult traffic, which winds through a forest of oaks. Also, when you get to the top of the hill there is a rocky area on the north side.

The project aims to highlight these spaces in order to make them habitable in a house overlooking the distant horizon.

The house, therefore, has two scales: a small and fragmented in its north, east and west where the oak forest surrounds it. The other scale is absolute great in the presence of its southern front, open to the infinite horizon of the plateau.

The access to the house is via a platform that connects the private areas of the home and the surrounding countryside. In addition, it connects the nearby forest of oaks with the distant plateau. Therefore, the platform tries to establish a second level, which has the function of a threshold. Consistently with the ambivalent position of the platform, the natural and artificial elements are overlapped: trees, water and rocks interspersed with the concrete podium. Another feature of this house is the connection of the areas by controlling the ineffable nature, the predictable artifice and abstract architecture.

The house has a double construction: some perennial parts are built to last in a building which has a primitive implementation and structure (concrete and stone) of a more ephemeral and technical character (where the materials are glass, tile, steel and wood) built to change in times, that responds specifically to the function and facilities.

The house has a longitudinal development and its perpendicular to the horizon, its vertical structure is of bearing walls of cyclopean concrete, except for the south prow. Furthermore, this structure supports a slab of 10.50 x 43 m. of reinforced concrete. We have also tried the slab belongs to the place and has a lasting nature. To this end we have used the rock of the excavation in order to prepare the cyclopean concrete.

The result of the construction is of a solid lower part, close to the ground. The rough texture of the vertical walls, which nature does recognize as their own, by making it easier for lichens, mosses and plants nest in the place. These vertical walls are containers of land: the places full of gravel extracted from a quarry, construct a new terrain and makes the house has a connection with nature and with the distant southern horizon. This new ground supports the roof slab, which is a covering of snow and rain which builds the necessary shade for the house.

A limit is not what borders something, but rather is where things start to have a presence. In the architectural space of the house it can be established a relation between the boundary and the continuity of space and edge, and discontinuity of the same. The house still remains as a place where nature is controlled; especially is the place where the horizon begins its presence: the house of the horizon / skyline house. 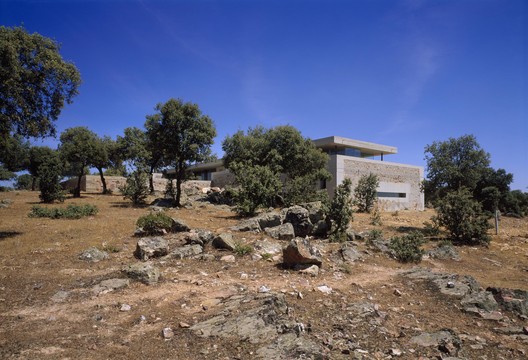