Text description provided by the architects. The building is comprised of 30 Social Housing Apartments. It forms a line along the narrow extended site, whilst adapting to the land's slope and to the maximum volume allowed by city-planning regulations.

The totality is fragmented into a loose set of independent elements which distribute the plot into three strips. The central strip, which is withdrawn in relation to the street, has flats in two linear blocs that differ in regards to dimension and height. The strip adjacent to the street contains the services, accesses, and staircases. The third strip contains no construction work and is to be used as private gardens for the ground floor flats. Underneath the buildings there is an underground parking lot and storage cubicles.

The central block of flats stands out among the group due to its striking volume, as well as its regular and abstract prismatic structure, which is surrounded by railings that delimit the plot surface and contains the services area. There is a sole prismatic body that rises with its access staircase and which makes tangential contact with the passageways that allow access to the flats.

The flats are flanked on both sides by two wide, open, and covered galleries. One of them is the passageway that allows access to the flats and the other is a balcony that is oriented towards the south. The flats are all open-ended and permeable from one façade to the other, which allows for good ventilation and lighting, and at the same time they are well protected from the sun thanks to the shadow filter created by the south-facing balcony.

As to materials and construction, we aimed for a direct and simple structure. It is an arcaded structure made out of concrete with a one-way steel framework and enclosures. The ventilated façade is finished with painted wood and cement panels that are nailed onto wooden strips. The services elements and the staircase differ from the flats themselves by their use of materials. They are constructed using concrete load-bearing walls without any added layer.

The two elongated façades display the artwork of artist Anke Blaue, which is a subtle play of coloured strips painted onto a dark grey background. The colours change depending on the façade, and they create different effects depending on how the sun rays strike the wall. The colour palette (modified and intensified) is typical of the modest architecture that can be found in Ibizan buildings from the 1970s, tonalities such as ochre and earth that traditionally conceal the traces of rain in dry climates. The paint is mineral-based and has been applied in diluted form using broad brush strokes, and this creates a chromatic irregularity that brings it closer to the observer and reminds us of nature and earth. 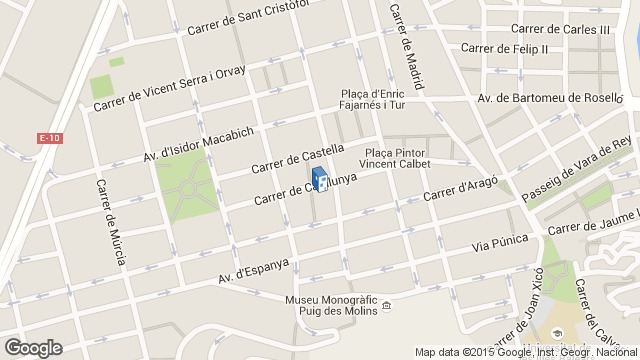 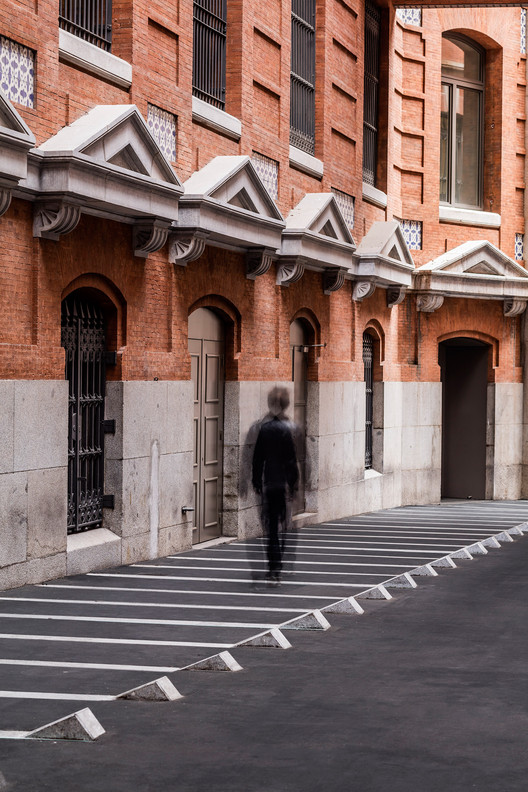