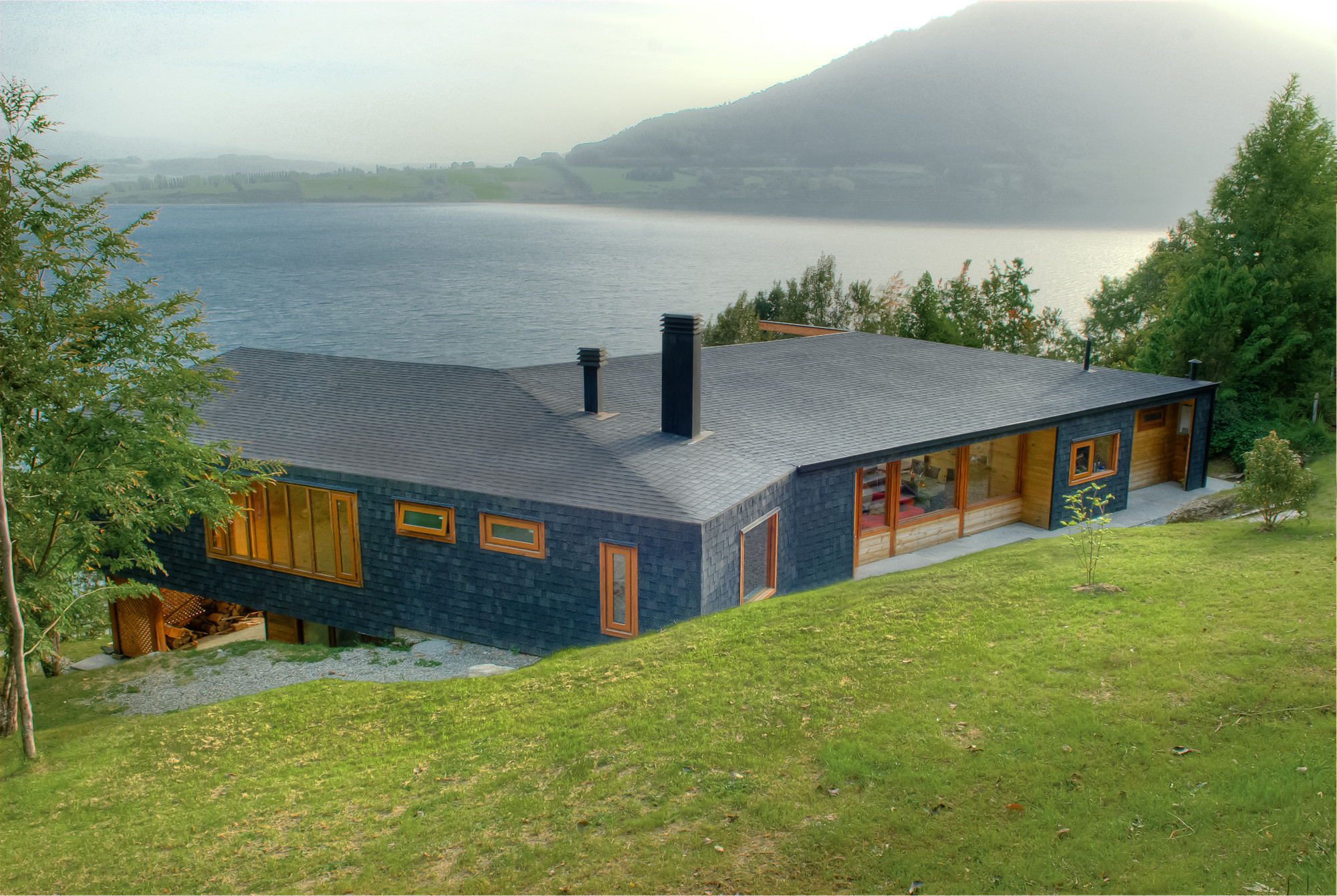 The idea was to design a second home at the shores of Lake Riñihue X region, for a young couple and their three children.

The land where the house is located had a complex geography, product of its steepness and of having little front and a lot of background. It is located from east to west and is reached by a public road that runs through the entire site in the lakeshore area. Because of its natural condition, we decided to work on the slope by different levels in order to segment its uses. It was decided to deploy the house in the highest part of the land in order to isolate it from the edge, generate privacy and seek for spectacular views towards the lake among the large trees that surround it.

In order to generate living spaces on the slope, it was necessary to perform a large concrete retaining wall. This sets the basis of Maldonado House Project, which is located in a simple place in the shape of a boomerang. This form allows welcoming and integrating spaces.

The support base of the house has all the service areas, warehouses, and parking lots and at the same time is a multipurpose space for various activities. The importance of this level lies in being the support of all the areas of the house and forming part of the access area as well. Therefore, we designed a large central scale, which invites you to come and tour the façade, integrating the different levels.

The upper level that settles on the base contains all the common and private areas of the house. The form responds to the development of three sections that join to form a whole.

The central place (the access to the house) contains the common areas (living-dining-kitchen-terrace), which allows separating the master bedroom from the other sectors. This space gets all the morning light and projects it onto the bedrooms and corridors that form the central terrace. Thus, the slope is dwelled in a functional and efficient way and respecting its surroundings. 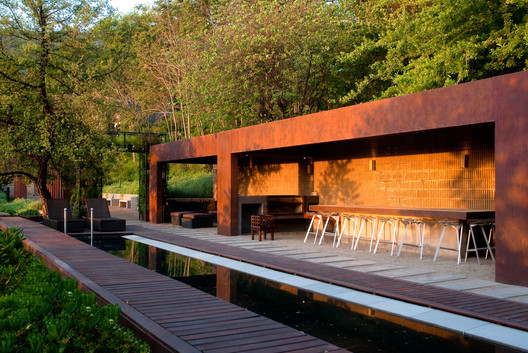