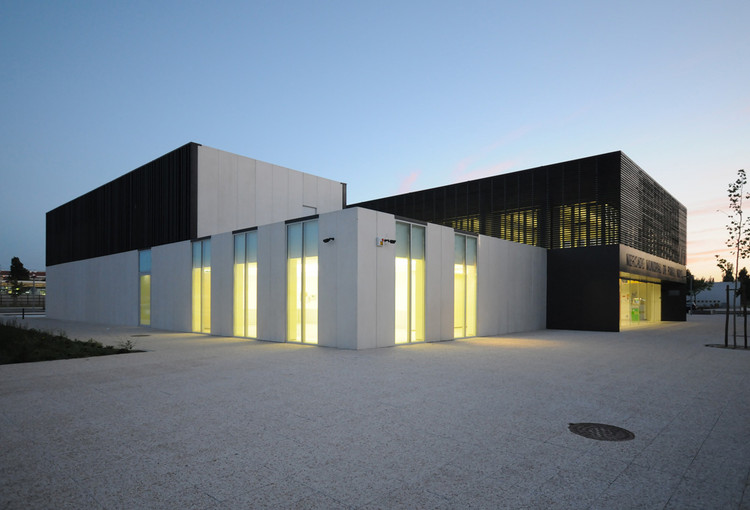 Text description provided by the architects. The role of Municipal Markets is, still, essential for their protagonism in the urban balance of the places they integrate, in the sense that, besides supplying the local populations, they also promote economies of scale, determine prices locally, generate positive results on nearby commerce, commercialize and provide fresh produce preparation services, often from local producers, and maintain a social image that directs attention to the place they belong to.

Thus, the design of the building stems from the unique character it must assume in order to recover the dignity and representativity of a ‘public building', in contrast with the aesthetic ideal presiding over the conception of shopping centres, although the dimension of such projects cannot be compared to each other.

The aim of the new building of the Municipal Market of Pinhal Novo is to contribute to strengthen the centrality of the Independence Square (Praça da Independência). For this purpose, besides the Market's main business other activities were added to the plan: a post office, an advice bureau for micro and small businesses, the Pinhal Novo Youth Centre and a (future) Citizen's Services Centre (Loja do Cidadão).

The program herein described is part of a building formed by a system of structures placed in a square with an area of approximately 30x30 metres.

Within this system it is the central nave that stands out, giving the public access to the market, to the Citizen's Services Centre and to the Post Office.

Besides providing even visibility into all the stores, the central nave works like a multipurpose space where exhibitions, fairs, parades and other events can take place.

This space is intended not only to be functional but also comfortable, especially provided by its natural, zenithal and parietal light filtered through a horizontal wooden grid, and by the materials that are meant to be long-lasting in terms of their life and image.

United at the embedment two other structures emerge at each side of the central nave. One, to the east, houses the second floor of the Citizen's Services Centre; the other, to the west, belongs to the Youth Centre.

Two patios separate these structures from the central nave, allowing for a better ventilation and efficiency of the natural light that is filtered, at this point, through a vertical grid made of zinc.

Implantation follows two main axes - East/West and North/South - related to the design of the grounds in which the building is set.

A formal relation with the library structure is also contemplated, and for this purpose the corresponding marginal plans to the north and to the south are aligned.

The program conditions, integration and contextualization of the new building and particularly the issues of environmental comfort and quality, as well as an adjustment to the climate and energy efficiency of the location, were decisive to the development of the project.

From the established program, a system of spaces was created with a fluid arrangement between them, providing a dynamic view of the various functional areas, especially between the two floors.

Both the shaping of the space and the choice and use of the materials, which reflect the organization of the space, are meant to arouse a sensorial experience.

While the space is meant to have a dynamic character, it is supposed, simultaneously and without contradiction, to offer a certain degree of serenity, particularly due to the spatial clarity and rigor of its design.

In keeping with the general guidelines of the project, alternatives and variations were also used to bring out the uniqueness and identification of each structure and of the façade plans, according to their orientation, relative position or their role in the creation of the image as a whole.

Thus, the façades play an important part in the constitution and identification of each of the structures corresponding to the various functional areas, in some way both membranes and walls between the internal and the external space.

That is why they must be transparent to allow communication, and opaque to offer protection.

On the inside, they are intended as multipurpose contrivances to the extent allowed by the different spaces.

On the outside, they are intended to convey a distinct image that will contribute to the construction of the urban identity of Pinhal Novo. 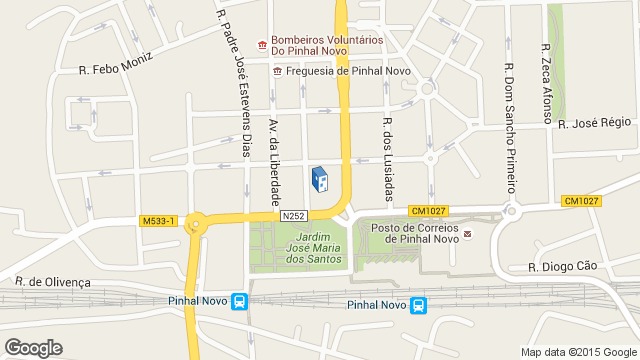