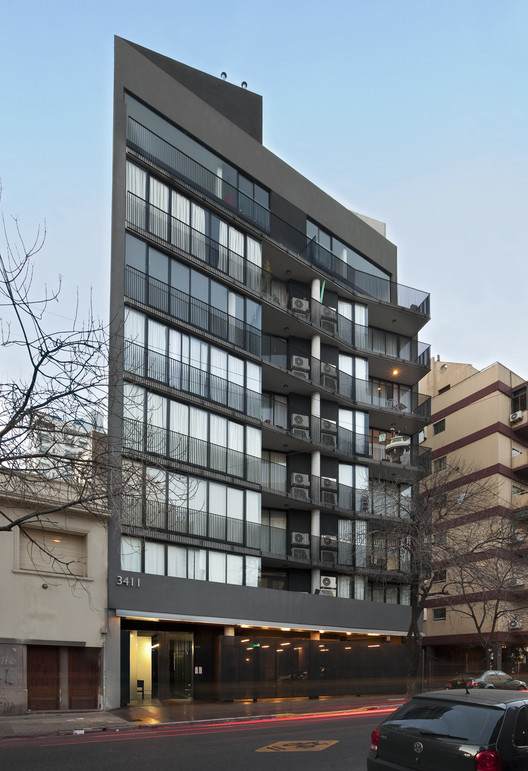 The project was created in response to the high demand for a student housing, a need that arises from the location of the building in an area of the city with many universities.

We have developed five types of housings, providing a high level of independency in their internal organization. They are:

We proposed a variety of programs that promoted the unity and integrity of people, which are located on the ninth level, which has views towards the city.

The building has a special treatment of its edges, which through an integrated system for structural carpentry-rails raises subtle textures, lights and shadows that enrich the relationship between interior and exterior.

The location of the building, adjacent to a small tower on the corner, allowed us to develop a building that “spies” from behind the adjoining building. We have worked on the arrangement of the balconies, railings treatment, and particularly on the design of the dividing wall.

We have tried to give the building a simple design in order to provide some calm in a sector of the city, due to the great transformation that the neighborhood is going through.