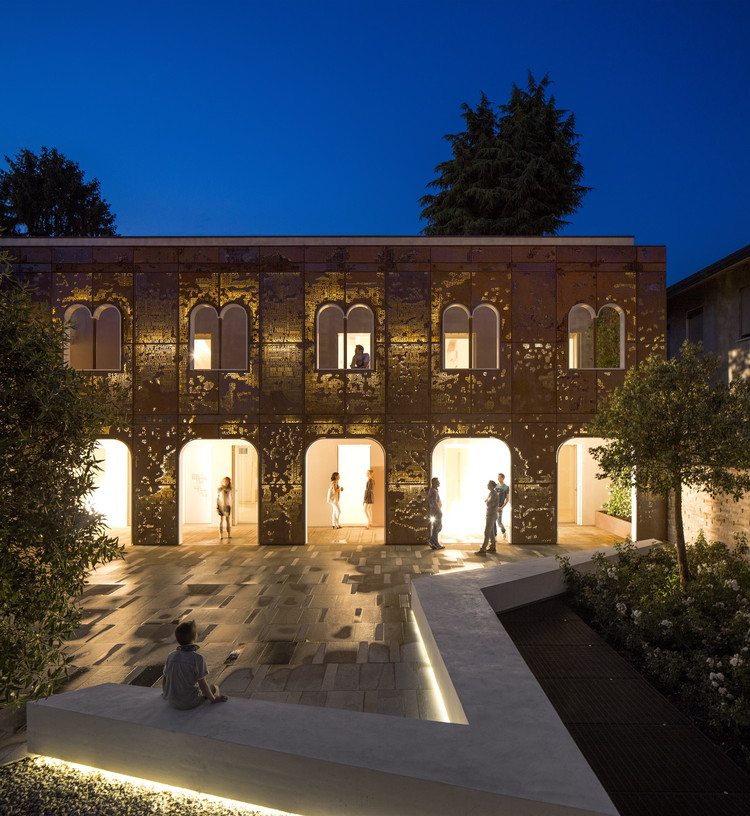 Text description provided by the architects. 3ndy Studio, architecture and design, was committed for the renovation of the Campiello, which has been inaugurated on september 2011. The project reached its goal of retraining a very important part of Vigonovo, realizing a new place of social aggregation in completion with the historical center.

Taking a place back to life and bringing it back to its ancient glory means to recall the voices that lived in it, the history fragments, the pieces of daily life and tradition that can be found and traced out on a sheet of paper. This huge piece of paper has become, in the project of the Campiello, a big sculpture made of 190 sheets of corten steel which spread for 300 mq and are to be read as a giant and enigmatic page of a book.

The idea is to present again the design of the nineteenth-century building, destroyed by a fire. Performing a reconstruction of this building might have been a chance but it would have been false, so we decided to take the way of commemoration.

The facade designed by 3ndy Studio reproduce the dimension of the destroy one, but however suggests the spot of time on the plaster. In order to complete the facade and make it an exclusive one. 3ndy Studio under suggestion of Philippe Daverio, asked Giorgio Milani, a sculptor from Piacenza, to take part in this big artistic operation.

Milani wrote on this page, enriching by using fullness and emptiness due to the words of the alphabet carved from the panels of corten steel. From here has been born “ Footfalls echo in the memory”, a work of lettering, which means composing letters and symbols carefully chosen by the artist, Giorgio Milani, according to their nineteenth-century origin (the age in which this building as been built) and their aesthetics dress, balancing 22 different alphabets, upper-case and lower-case letters, of different fonts in order to have an aesthetic and cultural harmony. 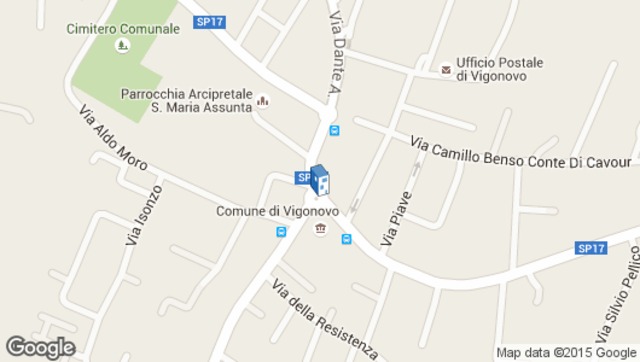 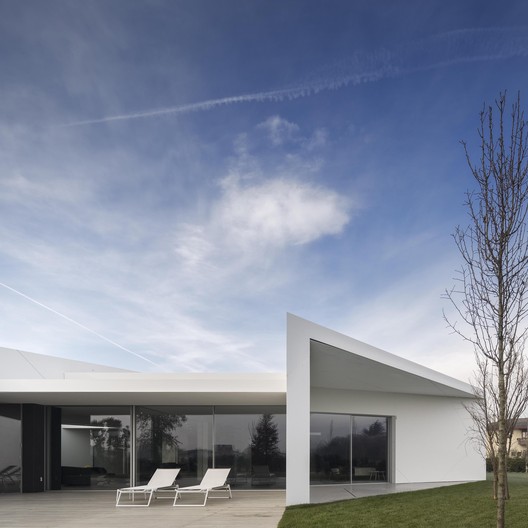