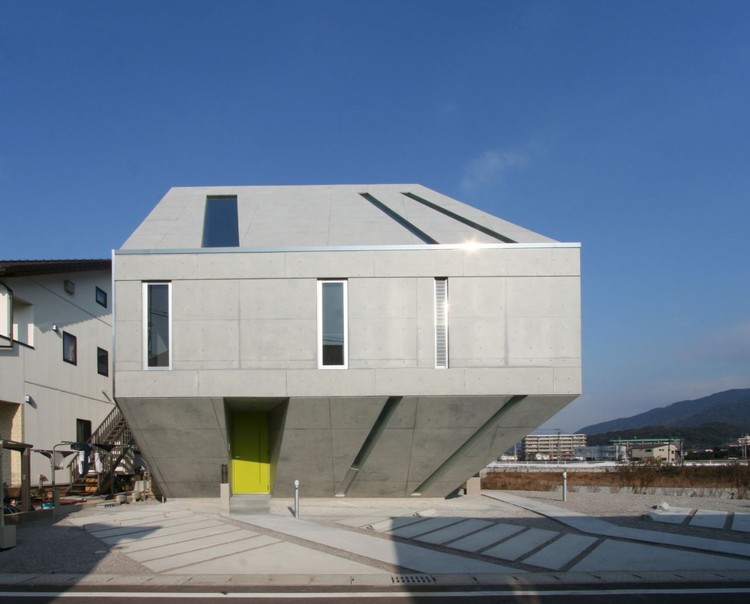 Text description provided by the architects. The building is situated along a river in the suburban residential area. The prime requirement was to have two apartment units with preferable view over the river, and to keep the parking space for four cars, which was quite reasonable. But there was the more challenging one behind. It was feng shui. The site has a quadrangle shape with one side sharply tilted. The feng shui required building the building only on the square part of the site; in other words, we could use only a half of the site.

It also required making the square plan and to limit the position of bathrooms, and so on.It seemed almost impossible for us to solve all of the requirements. But we decided to do it by any means. Because the site is situated near the threshold of the ancient fort wall from 7th century. The genius=loci is seemingly very strong. We made the first floor area minimum to fit the footprint of the building in the designated area, while the second floor was much bigger, and the third floor was smaller again.

One apartment unit occupies the first floor and a part of the second floor, while the other occupies the rest of the second floor and the third floor. In each unit the main living space has high ceiling, and the clear view over the river. To make the construction cost reasonable despite of the richer interior space, we minimized the building surface area with the tilted walls covering the whole volume continuously. Due to the cage-like concrete structure, it became possible to get rid of columns and beams in the interior and to achieve the free interior planning. The design of the project was entirely led through the rational interpretation from the initial requirements. Finally the unconventionality of the requirement gave the building the identical character. It is an interesting aspect of the design work. 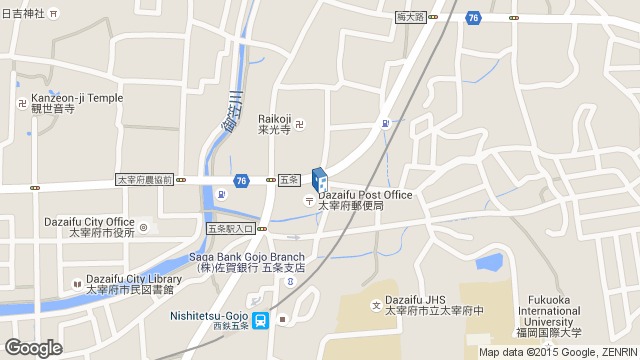