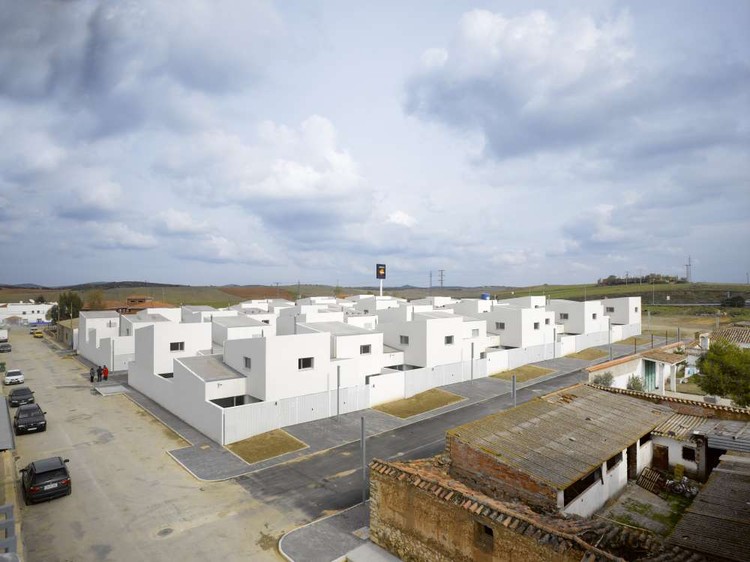 Text description provided by the architects. First thing that hit our heads when we visit the site was the idea of fragmentation. Almuradiel is a small town 250 Km. southern of Madrid. It was founded in century XVIII by Carlos III, King of Spain. Following a roman grid, it was planned to colonize Sierra Morena, a mountains chain that divides Andalucia from La Mancha.It is still quite a rural environment with 1.050 inhabitants, with white self-made houses hidden behind tall walls, where dogs and tractors share entrances with the habitants.

The continuous aggregation of new constructions makes the hole the result of a peculiar but also harmonious bunch. So we started working with these materials; fragmentation, relation between parts and the hole, white, light, and of course “habitat”, in this case, a rural type of home.

We incorporate sustainability criteria from the very beginning in a very traditional way, learning from the existing, and the consideration of the form as a climate control tactic. The dwelling type is configured around three “patios” inserted in a regular grid of 4.6 by 4.6m. This strategy has to do with the possibility of orientating each cells of the grid north or south, it doesn’t matter which side of the street we are. To make it more clear, lets say that living rooms are always facing South both in houses with North or South entrances. We thought of the grid as a “reversible” scheme that worked properly for the housing program needing in terms of lighting and ventilation.

We propose a flexible system where the grid give us the chance to work both with repetition and variation. Houses types are similar but not equal depending position in the complex.

Houses are only 90m2 (inner surface) but the complete volume of each dwelling is about 600m3. These parameters may give an idea of the porosity of the plot, as well as the chance of private open spaces (patios) in continuity with the interior.

That is also the project strategy in terms of affordability: “maximum volume” possible at “minimum cost”. The approach consists in speaking of euros/m3 instead of euros/m2. If we increase the volume of the construction by the insertion of three patios and rise the standard high 1m, the result is a living space twice as big as the “regular” box. The final equation: same budget, same surface, more than twice the volume. 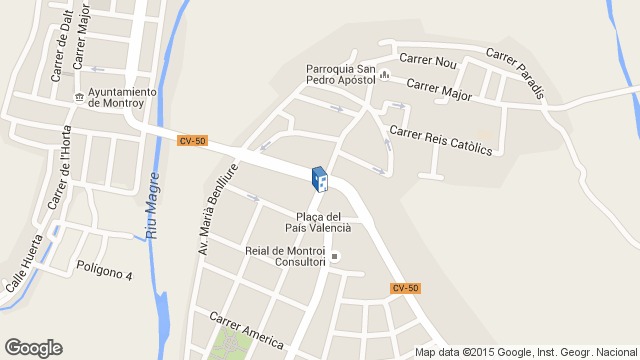