Save
AD Round Up: Housing in Netherlands
Share
Or
Copy

Dutch architects have a lot to show us from their projects. So to start this week’s Round Up, we bring you previously featured housing projects from Netherlands.

De Rokade / Arons en Gelauff Architecten In 2003, Groningen municipal council launched a project “The Intense City” to keep the city compact by increasing the building density of districts around the Centre. The Rokade Residential Tower Block is situated on one of the first increased density locations, and marks the corner of the Corpus den Hoorn Laan and the Sportlaan, the avenue providing access to the Hoornse Meer district (read more…)

De Plussenburgh / Arons en Gelauff Architecten In 2001, a competition by invitation requested a design for a retirement housing project. The objective of this competition was a design to set a standard of architectural quality for upcoming projects in the ambitious redevelopment of the centre of IJsselmonde. The design for seniors aged 55 and older was inspired by the forthcoming retirement of the hippie generation (read more…) 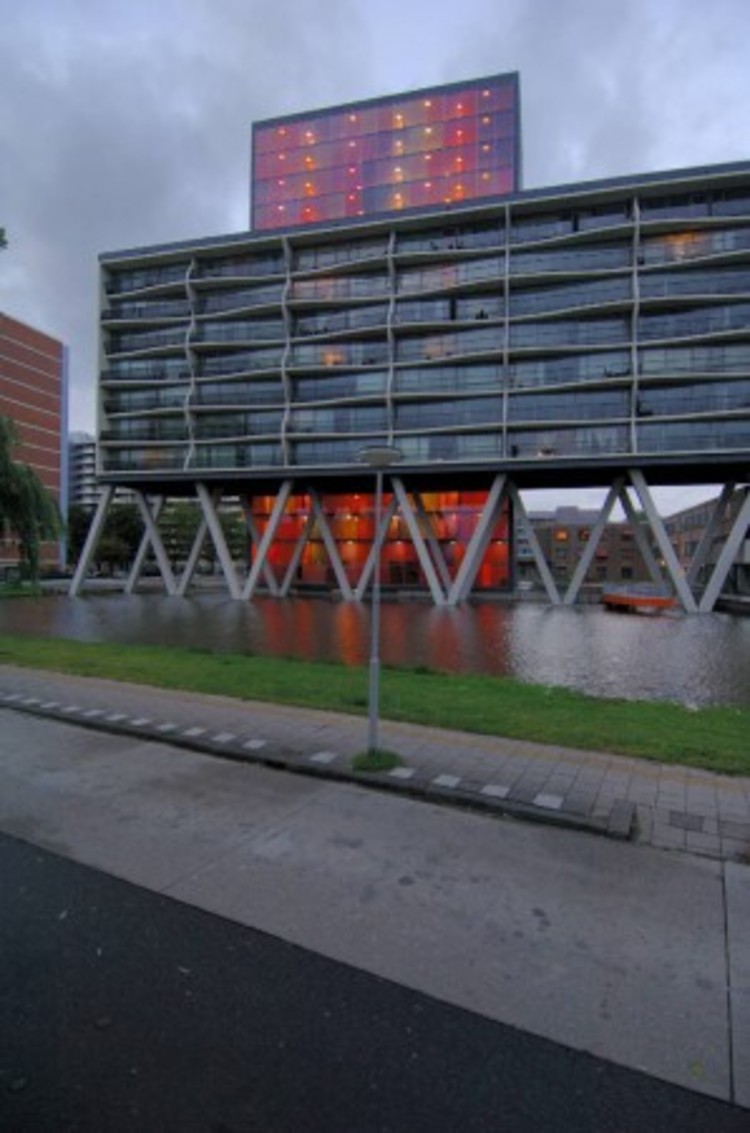 Block 16 / René van Zuuk Architekten Block 16 is part of the master plan designed by OMA for a new prestigious city centre in Almere. The autonomous expressive block reacts on two conditions: the billowing end marks as a kind of gatekeeper the harbour entrance. At the other end the movement is smoothened and the building fits in with the right-angled grid of the adjacent glass high-rise housing blocks (read more…)

Westerdok Apartments / MVRDV The building which has just been completed with a total surface of 6000 m2 contains 46 apartments and a day-care centre. Each apartment has a balcony of varying depths which stretch as bands along the entire facade, offering varied outside spaces and views over the western docklands of Amsterdam. The floor-to-ceiling glass façade can be fully opened and contrasts with the other buildings (read more…)

ArticlesHousingAD Round Up
Cite: Sebastian Jordana. "AD Round Up: Housing in Netherlands" 14 Jul 2009. ArchDaily. Accessed . <https://www.archdaily.com/28960/ad-round-up-housing-in-netherlands> ISSN 0719-8884
Save