Text description provided by the architects. Eight identical steel members, 18 meters long, placed along the x y z axis, confine the space for the house and at the same time open it as they project in different directions. They are abstract beams that are oriented looking for their relationship with the surroundings.

This structure grants a necessary intermediation between landscape and individual: in its long dimension it generates the large cantilevers towards the ravine or the masts that mark the presence of the house, in its short dimension two beams are equivalent to one usable height.

Supported by the steel structure, a subsystem of wooden members completes the spatial definition, diluting by repetition and consistency its condition of enclosure. Sequences of equal beams allow the floors and roofs to be sustained or suspended.

Glass planes protect the wood and complete the enclosure system. These planes, in many cases movable, reinforce the relationship with the exterior, be it by transparency or by reflection. The use of reflecting pools on the metal roofs insists on the strategy of mirroring the surroundings, diluting in part the presence of the architecture.

The connection of the user with the place is what generates the project, we seek to intensify the user’s connection with reality (place, material, activity) through a basic formal and construction system that at the same time reveals the origin of our thought process.

Environment, function, user are the starting points that drive the design. Form and construction work out a concrete solution. When formal and material decisions in the design process become interrelated operations, we obtain a specific solution which is at the same time coherent and viable, abstract and real. More than an object we generate a system that is determined by a limited number of elements and rules of conjunction. By decanting elements through simplification and systematization and simultaneously enhancing their ability to generate relationships, we seek an architecture that is universal, one that intensifies our relationship with a starting point in reality. 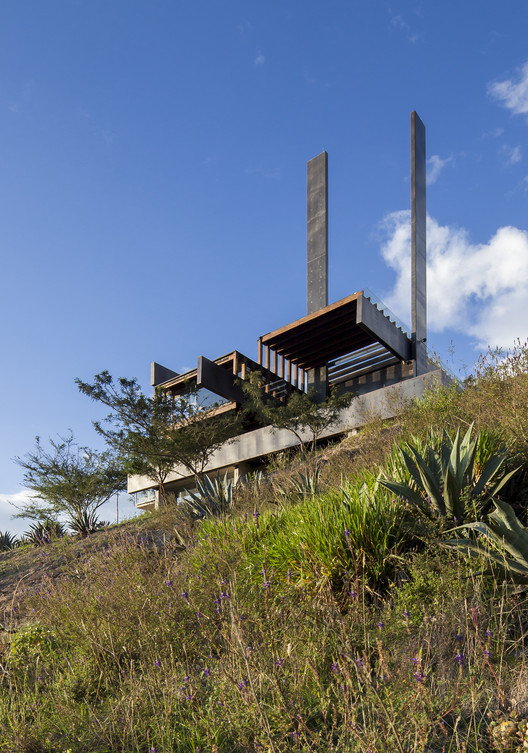