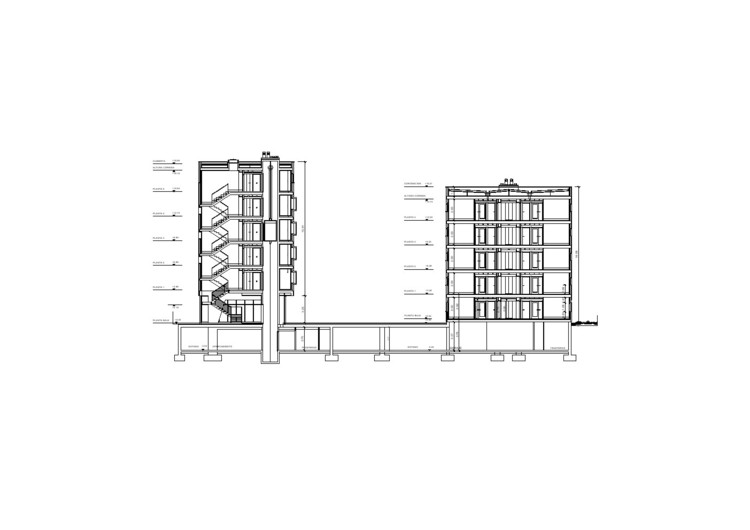 The proposal has a dual scale: an urban scale and a more domestic one. The domestic scale is a result of the fragmentation of the project into four smaller pieces around an accessible interior garden. This condition enables a certain fluidity between the green areas.

The volumes of the smaller pieces have five levels, so that no shadow is cast on the longitudinal block. This block has an open floor plan, with one house and a small garden. On this empty ground floor were built four more floors plus a fifth with three attics.

Because Albacete has many hours of sunshine, is cold in winter and hot in summer, we have chosen to favor fragmentation over compaction to save energy. So, the enclosing walls are oriented southeast and southwest, are,very glazed, and feature eaves and sliding shutters to protect the house from solar radiation in summer and enrich the house with an outdoor space.

As to the housing, the project aims to have maximum clarity in the segregation of the areas, thus minimizing the irregularities caused by the supporting structure and facilities while enhancing a very rigid distribution of the small spaces.