Text description provided by the architects. The only residential project to receive a commendation at this year's awards, GASS's steel-framed pavilion, located on the Westcliff Ridge within a wooded estate with arresting views across the Johannesburg skyline, is truly a masterpiece in steel architecture and construction.

From its hiding place on the edge of the cliff this steel framed pavilion is constructed primarily from I-sections for beams and square hollow tubes for columns.

The Choice to use steel framed construction was threefold.. Firstly, part of the brief from the client,and the obvious requirement due to the magnificent setting of the cottage was the necessity to use as much glass on the view side of the property as possible. This was far easier facilitated by placing the aluminium and steel framed glass windows and doors between structural steel elements, rather than relying on more bulky, heavier elements such as masonry and concrete.

Second, from an environmental perspective, architects Georg van Gass and Clare Eisenstein wanted to treat the ecosystem of the Westcliff Ridge very lightly, with low impact on its surrounding. The goal was to allow the building to float above the ground plane, leaving as much of the ridge intact as possible; the only disruption to the ground being the footings of the main structural steel columns. The third reason that a steel frame structure was chosen was a visual one. Simply put, Georg van Gass and Clare Eisenstein wanted an elegant, timeless aesthetic that would allow the use of steel elements not only as primary structural elements, but also as the principal architectural motif. This also allowed the incorporation of sprung solid timber floors that blended seamlessly with the exterior solid decking, while still retaining the straight, elegant steel edge detail.

One of the main identifying features that make this work more than simply a modernist box is the floating stone wall. Many of the houses on the Westcliff Ridge and surrounds are famous for their use of native stonework in their detailing, including works by architectural greats like Sir Herbert Baker. Georg was keen to continue in this tradition of using indigenous stone in the design, and so the as such, wanted to include a wall made from stone harvested on the site itself. However, he wanted to give this wall a twist, something that would differentiate it from all other walls in Westcliff.

Georg and Clare chose to turn the understanding of a solid wall on its head, to theoretically re-conceive what a wall actually is. They chose to get rid of this concept of sturdiness and solidity that is inherent in the understanding of a wall, and do the exact opposite: create something that does not rely on the ground at all for its solidity. So they created a floating wall, “With some creative engineering, we were able to suspend the floating wall off of the already lofted steel framed structure. Thus creating a floating wall on a floating building”, says Georg. 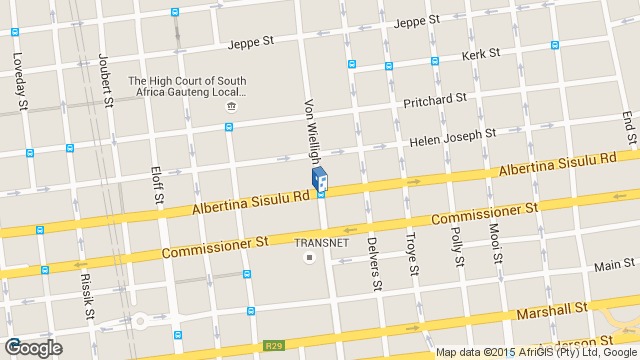 Location to be used only as a reference. It could indicate city/country but not exact address.
Share
Or
Copy
About this office
GASS
Office
•••