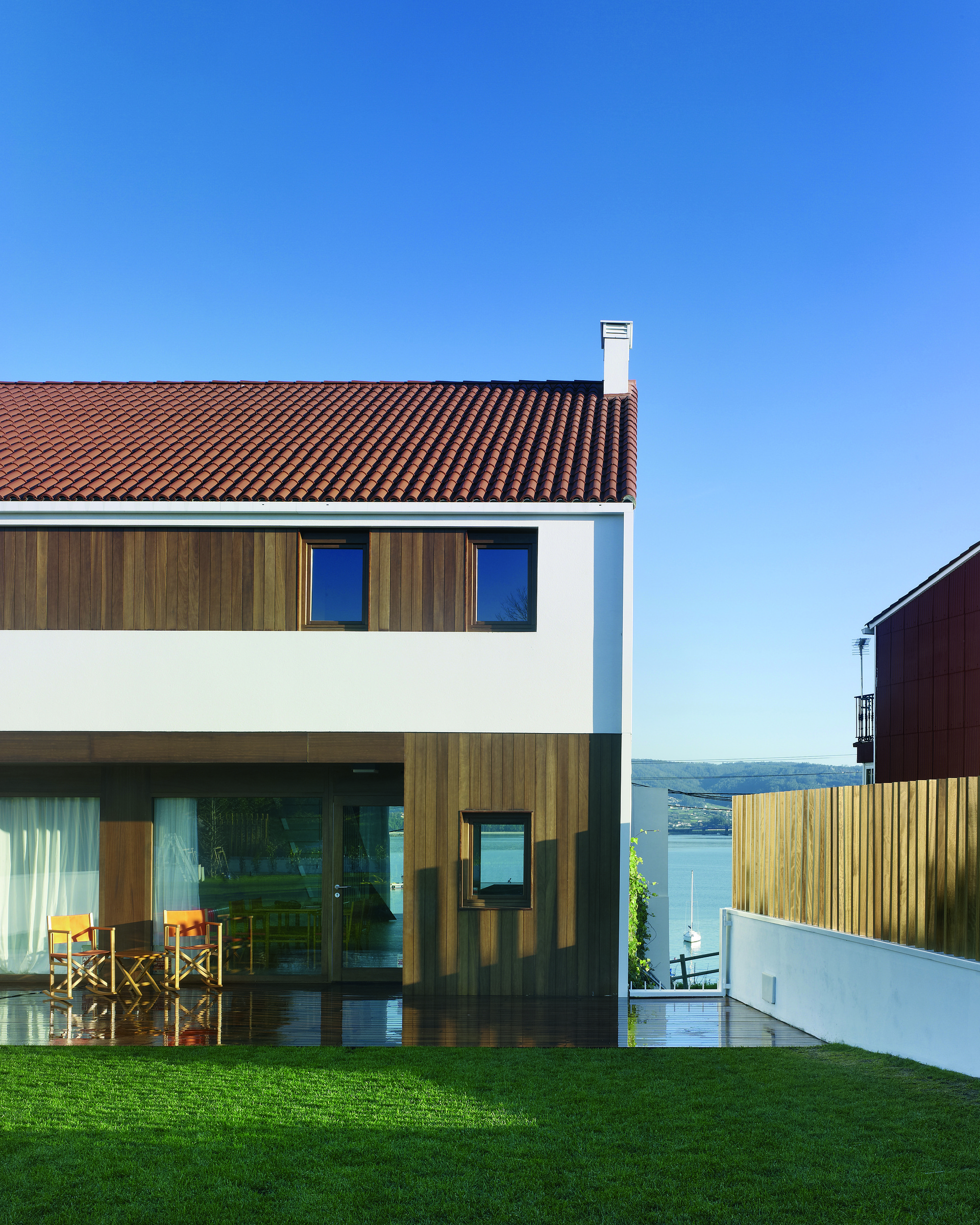 Text description provided by the architects. Redes is a small fishing village of the early twentieth century, situated on the northern edge of the estuary of Ares located in the Galician Rias Altas. This town was awarded by the College of Architects in the International Day of Architecture 2009 for preserving the original design in the planning. The town is also known as the "Galician Venice" because of the proximity of the buildings to the sea.

On the street called Rua Nova, included in a town extension of the forties, are located two houses, numbers 42 and 44 which currently include the functions of a habitat and architectural firm.

The project involves the rehabilitation and extension of two existing houses which didn´t preserve the traditional urban configuration of Redes, due to rehabilitation suffered in the 80's. To recover the traditional architecture of the fishing village by a contemporary method, the project was based on a reinterpretation, using materials such as Iroko wood, laminated wood beams, tiles or white mortar.

The houses are arranged symmetrically on the original stone-built wall. These are divided into three levels, the first level accessed from the seafront facade at the Rua Nova into the main hall, two rooms and a bathroom. On the first floor, a dining room and kitchen linked to a back garden and with a gallery overlooking the estuary. On the second floor two bedrooms and two bathrooms.

Taking the steps across the Rua Nova, you come across a low wall of granite called Porto Radeiro, partly the property of the houses. Pulling a rope you can reach a Dorna, a Galician traditional vessel, which is the main transport system through the estuarys.

Furnishing includes the fireplace designed by Miguel Mila for DAE, the bathroom suites which are a selection of David Chipperfield for Roca, Menorquine orange canvas chairs and lounge sofas designed by Diaz y Diaz Architects, arranged in several modules to create a central table or a large bed, and a living space around the chimney. 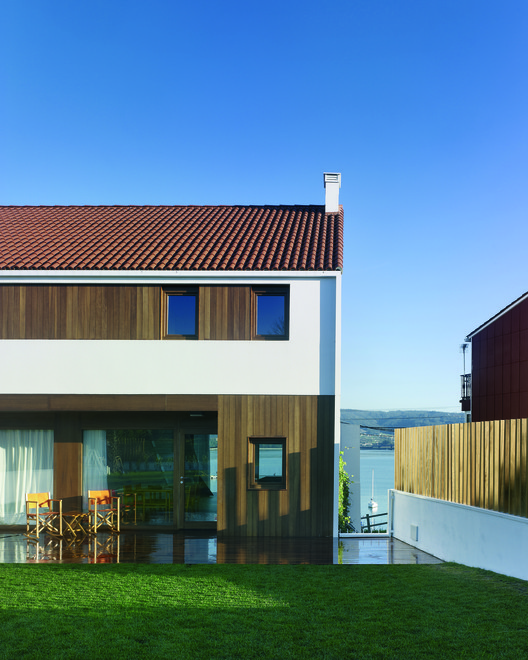