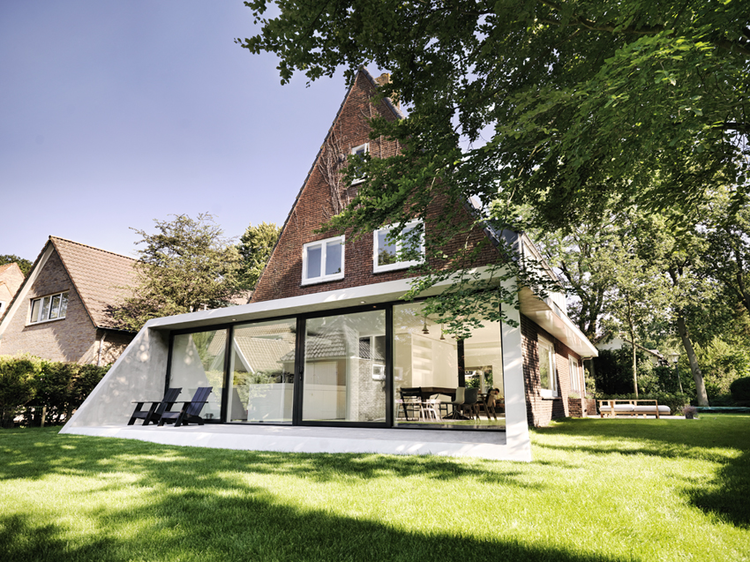 Text description provided by the architects. In the dune landscape of Bentveld, a villa park village between Haarlem and the North Sea coast, BaksvanWengerden Architecten is commissioned to renovate and enlarge a single-family house.

The house, built in 1932, was one of the first in the area. In the Zeitgeist of its era, the internal organisation was derived from the concept of separation of functions. This made the house feel small. The house appears as a prototype, with its long rooflines, overhanging roof eaves and solid materialization.

BaksvanWengerden developed a design which maximises the sense of generosity through out the house. The open plan ground floor extends into the lush garden. Like a backbone, the new staircase binds all the functions within the house. The extension manifests itself simultaneously as a connecting as well as a contrasting entity. Its abstract, concrete materialisation and detailing emphasizes this ambiguity.