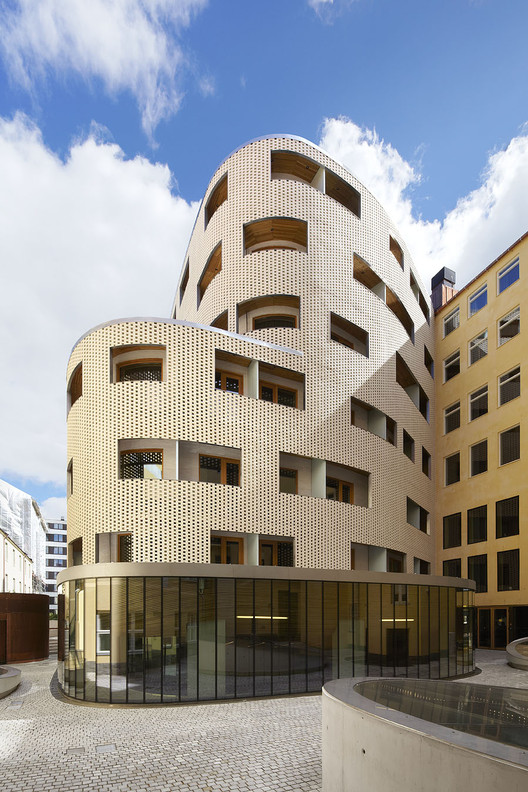 Text description provided by the architects. The granite Paasitorni fortress was originally built for the use of Helsinki labor movement. It was designed by Karl Lindahl and the first phase was completed 1908. Now the block functions as a successful conference center. Paasitorni Hotel comprises of two existing buildings and a new wing hidden behind early 20-century and 1950s facades.

The architectural guide line has been to emphasize the arhitectures of four distinct eras that are present in the Paasitorni quarters – 1908, 1925, 1955 and 2012.

The geometry of the new wing is softly curving in order to allow flow of space and light. Facades are constructed of ivory white brick. On two sides of building the brick facade turns into brick ”lace” which functions as a filtering layer between the rooms and the inner court yard. During the night the new wing glows like a snow lantern. A customized brick was developed for especially for the project. The brick has oval shaped holes in both ends to allow tolerance for the steel supports used to strengthen the wall. Also the lively surface texture of the brick was developed for this particular use.

The inner courtyard was previously used mainly as a service yard. Now the innercourtyard and the first under ground level have been turned into a new heart for the whole block. The roof windows – “the light ponds”- give a new character to the space as well as provide natural light and space to the underground level. They serve as an important means of orientation within the block. Under the new hotel wing there are three new conference spaces. The largest of them is a conference hall for an audience of 300.

In addition to the hotel and conference spaces a completely new level for logistics and service has been built below the sea level. The level can be accessed with a service trucks and provides a modern system of logistics for this historical quarters.

The construction of the new additions are mostly cast-in-situ concrete.

The design philosophy concentrates in respecting the listed buildings and in adding a unique contemporary layer of architecture inside the exiting framework. The restoration of listed facades and interiors have been made in close cooperation with the Helsinki City Museum and the National Board of Antiquities. 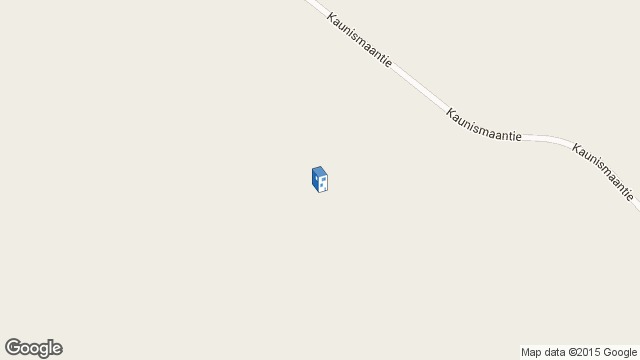