Save
AD Round Up: Google Offices
Share
Or
Copy 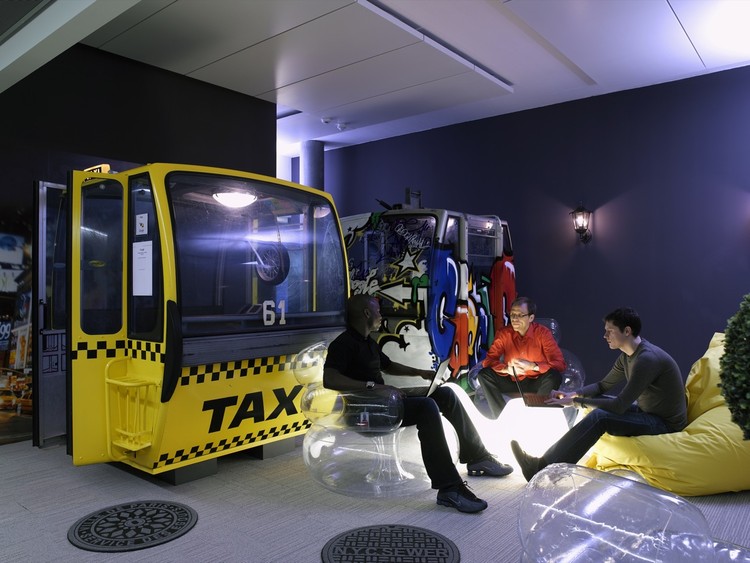 14 years ago, the world’s most popular search engine, Google, began in California. Today, Google has offices around the world, but in each one the design concept is the same: to create a space that promotes creativity. So, for today’s Round Up we’ve gathered the Google Offices previously featured on ArchDaily. The main image belongs to PENSON’s Google New Super HQ in London, a 160,000sq.ft HQ covers an amazing variation of floors including the Main Reception, a Lala Library, Gymnasium, Cafés & Restaurants, a Town Hall and many other trinkets. Also in London is Google Campus designed by Jump Studios. You must check out Google’s EMEA Engineering Hub in Zurich, Switzerland by Camezind Evolution or the Google Office in Milan designed by Albera Monti & Associati. Finally, revisit our editorial post “The Motherships Are Landing: What Google’s New Headquarters Reveal About Apple 2″.