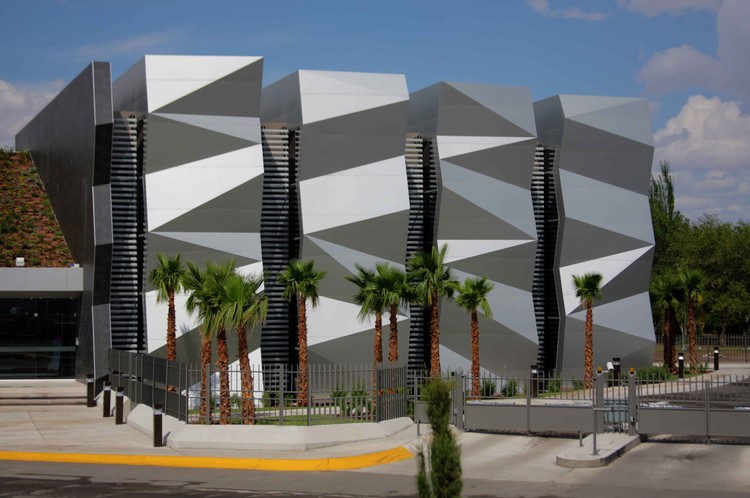 Text description provided by the architects. In a time of uncertainty and crisis, the counselors of the Chihuahua’s Businessmen Foundation, (FECHAC) for its acronym in Spanish, decided that instead of retracting their intention to build their own headquarter offices, and keep renting their former building, they opted instead quite the opposite, they asked for an “emblematic or iconic” building, to show that the Foundation was in favor of investing in hard times, create jobs, and promote their commitment and show permanency and strength in these difficult times.

The project, located in Ciudad Juarez, Mexico, a city trying to revert the negative image it has on the international community, being one of the strongholds of the war against drug trafficking being fought in Mexico. Another message sent by the Foundation was that they are concerned about the environment as the building was planned as a sustainable project, their former building was very inefficient and every dime spent on utilities is a resource not spent on the community.

On the two levels and 15,600 sq. ft. building we applied a range of sustainable strategies, including landscaping and green roofs, façade sun shades from Hunter Douglas, double pane glazing with Low E, Variable Air Volume HVAC system, and low maintenance materials throughout the building. There is enough natural light throughout the office areas to work during most of the day without any artificial lighting, as in the lobby and in the multi-use / banquet room. The concept that shaped the building comes from two different sets of values.

First the values that shaped the Community Foundation, which are these four: Giving, Subsidiarity, Solidarity, and Common Good. These four values are represented on the four tessellated aluminum panel volumes that make the area of the building that holds the offices, these volumes are as if they have always being there, they are permanent, unmovable, they don’t change, like four giant stone blocks. As the core values of the foundation they are not replaced or removed by time or events. As a similitude with the stone heads on Easter Island, they watch over their people, their community.

The second set of values are Grupo ARKHOS values, which are, sustainability, change and evolution, dynamism, respect for nature. These values are represented on the green roof of the building, it is organic and variable, the color of the leaves and flowers on the plant selection will make a living mural facing the street, and it will be changing according to seasons. Other aspect of the building that will be changing with time is the tessellated façade, first with daylight, hitting the volumes with a different angle, intensity and color of sunlight, the building looks different during the day and specially with the warm dessert light at sunset. After this, the selection of LED color changing lights that illuminate the façade portrays an array of shades and colors during the night. The two concepts reflect the ever changing way of adapting to situations on the organization, the methods employed to solve or address problems change but their values stay permanent.

Composite aluminum panels were one of the key elements for the construction of the building, the geometry on the tessellated façade was a main concern among the design team… none of the big installers in the area were willing to work the aluminum sheets in one piece, they wanted to have silicone joints where we wanted just folds, so we had to train ourselves a group of skilled carpenters lead by a “MacGyver” type general contractor who was willing to break paradigms on how to work and install the panels and also a way to prefabricate the complete facades on the ground, including the structure that supports it, covering it with the aluminum panel sheets, and then lifting the whole module with a crane to its final position. This allowed us to reduce construction times, costs, and reduce the risk of working with a 5 x 18 ft. piece of aluminum with folds on several directions on top of scaffolding structures in order to install them. On top of all this, using the panel sheets almost in one piece, left us with very little waste, which we used on the sides of these tessellated elements as a design intent, coming to a maximum 3% waste for the whole job on the aluminum elements.

Other element that helped us commit to sustainability was the use of pine bark for the roof gardens and landscaping, brought from the Tarahumara region on the Sierra Madre, on the southern part of the state, helping the local economy and using a byproduct from the wood industry. As an anecdote the building has become an icon and a part of the community and in the few weeks since its opening has hosted several events in the banquet room, has being the backdrop on high school and university class photos and even newlyweds have come for their studio pictures. At night hosting a parade of visitors and couples that park in front of the building to look at the varied chromatic effect that the LED lights offer.

Grupo ARKHOS, is a Design Firm Cofounded in 2008, by architects Ruben Escobar-Urrutia, LEED AP BD+C, and Ricardo Pacheco-Lopez. Since that date we have worked on a very varied array of projects, from student centers and classroom university buildings, office buildings, restaurants, and currently working on a 60,000 square meter Convention and Exposition Center and on two 10 story IT development buildings, one already under construction and seeking a LEED Gold certification.

We have offices in Juarez Mexico and in Mexico City. And have developed projects in several cities in Mexico including Chihuahua, Juarez, Mexico City and Cancun. And in the United States in El Paso, Texas. Our design approach is always towards sustainability and innovation. 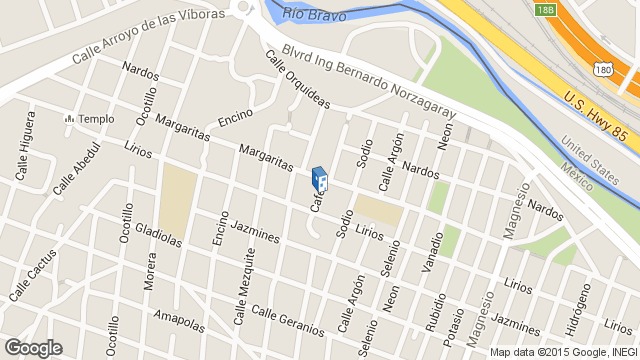 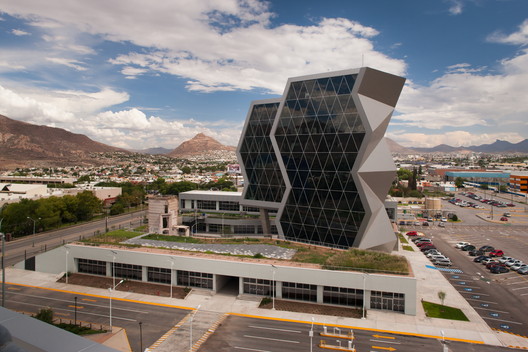