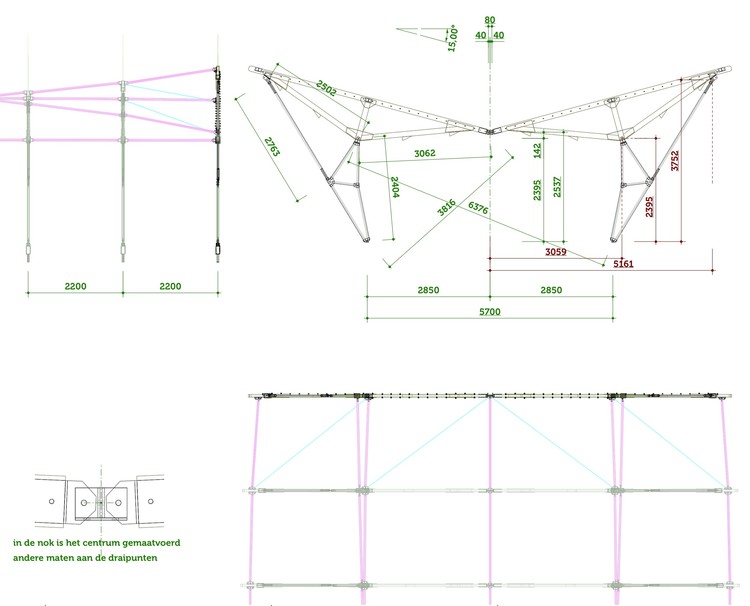 On June 15th 2012, during the opening of Oerol Festival on the island Terschelling in the north part of the Netherlands, The Pavilion was officially opened. A Pavilion by Studio Elmo Vermijs and Arie van Ziel developed from waste materials and know ledge on the island of Terschelling. A platform for debates, discussions, lectures, presentations and musical interludes. In short, aplace where “the word” can be conducted.

In early autumn 2011 Oerol Festival asked Studio Elmo Vermijsto looking new way towards the local area and to create a placemade by waste and knowlegde of the islanders.

In January 2012 was first started making the harvest-knowledge map of Terschelling. There were various parties approached to inquire into residual materials that are released in their work. Linked to this, they were asked for their knowledge that the islanders possess, in this think of the facilities, equipment and knowledge networks, but also knowledge about crafts and education. Ultimately 43 parties were interviewed and included in an interactive map (designed by Casper Glorius) to make this visible.

This map was the starting point and inspiration for the design of a mobile pavilion which deployed on Terschelling and symbolizes this social way of working, based on local potential and from the redeveloping projects and make connections. In realizing the pavilion were ultimately about 20 parties involved. Every piece of The Pavilion has its own story. On the back of The Pavilion there is a big canvas on which you can see where on the island are the different parts and knowledge of The Pavilion form.

The coming years The Pavilion will available for various events on Terschelling, the Wadden islands, Province of Friesland and may even spread to the rest of the Netherlands. It shows the potential of an island like Terschelling. The next destination of The Pavilion on the neighboring island of Vlieland: the festival “Into the Great Wide Open” started on Friday 7th of September.