Save
AD Round Up: Health Architecture Part I
Share
Or
Copy

Kinderstad / Sponge Architects & Rupali Gupta + IOU Architecture The goal of “Kinderstad” is to extract the sick child, its family and friends from the unpleasant surrounding of a hospital and to enable an encounter in a much better atmosphere. This new specialised type of health care for sick children gives the visitors the chance to forget for a moment that the child is sick and to facilitate the normal development of the young patients (read more…)

Vila de Conde Hospital Pediatric Wing / 100 Planos Arquitectura We were asked to build a pediatric wing on a very damaged XIX century hospital. The idea was to create a building that didn’t look like a hospital, where children and adults feld as if they were at home. An emotional, simple and non clinic, yet efficient space, were blue a white domain, under the doctors colorful closes. The interior space is organized by two parallel corridors (read more…)

Children’s Center for Psychiatric Rehabilitation / Sou Fujimoto This is the treatment center for mentally disturbed children where they live together to get regaining their mental health. It may be thought that it is a very special building when I write so, but it is truly rich life space that requested in origin like a large house and also like a small city, the intimacy of a house and also the variety of the city. This is a proposal of a loose method (read more…) 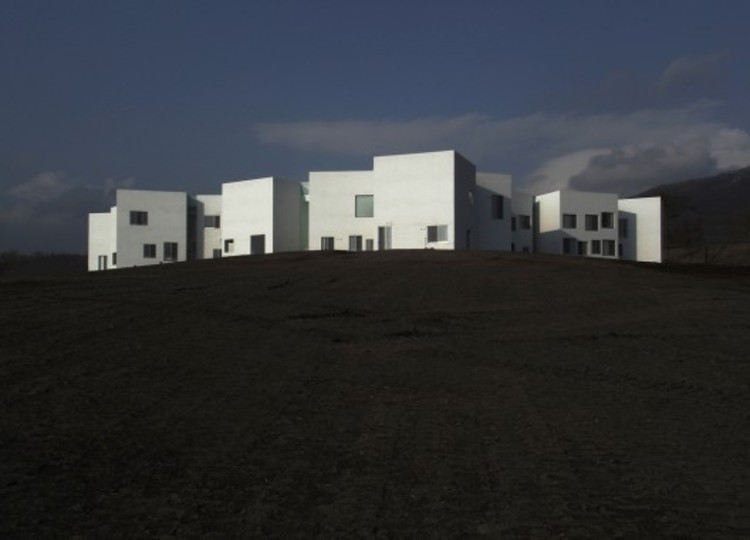 Women’s Health Centre / FARE The social/health-services program developed by AIDOS, together with its local partners was focused on providing the educational services, information and awareness about women’s sexual and reproductive rights in Sector 27 of Ouagadougou, a peripheral urban area settled by the rural population. The social program called for the realization of a building complex (read more…)

Salam Centre for Cardiac Surgery / Studio Tam associati The hospital has been developed around an empty space, physically and ideally occupied by two enormous mango trees, located at the centre of the site (a plot of land on the banks of the Nile about 20 km from Khartoum). This is a symbolic space from which all the trajectories along which the building grew, were born. In line with traditional housing structures, the hospital is configured around a hollow space (read more…)