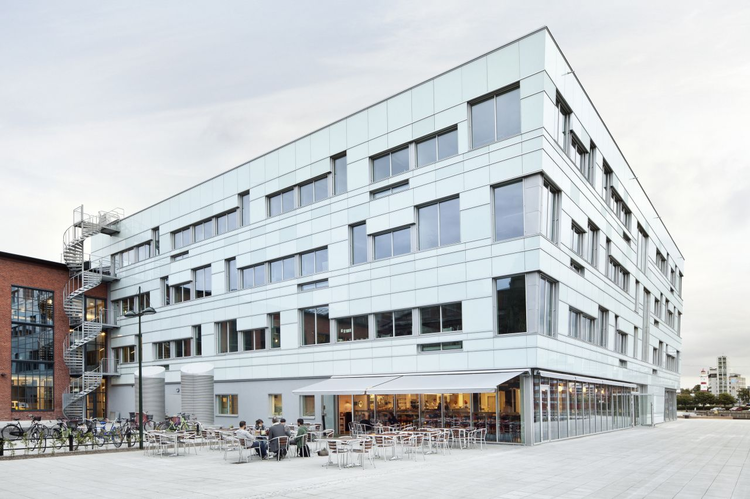 Text description provided by the architects. Media Evolution City officially opened in June and today more than 450 media people work in the building. The building houses small, medium sized and large media companies and the objective is to create a meeting place for innovation, business development and match making. JUUL | FROST Architects have opened JFA Studio – a Swedish showroom - in the building and have hereby moved into their own design.

The city as metaphor Media Evolution City is programmed as “a city in the city” with streets, alleys and public facilities at floor level where informal and temporary meetings take place. Staircases function as meeting places that not only lead users and visitors around in the building but in combination with transparent glass panels actively expose the various activities that take place in Media Evolution City. 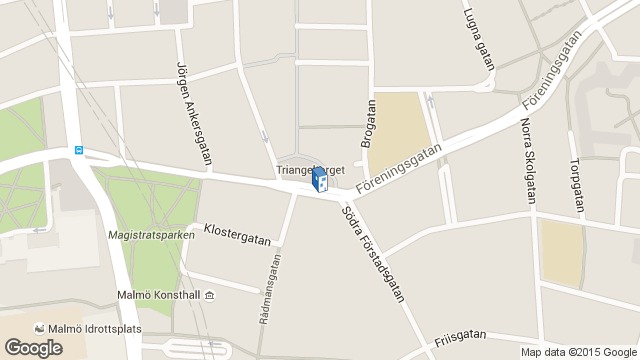 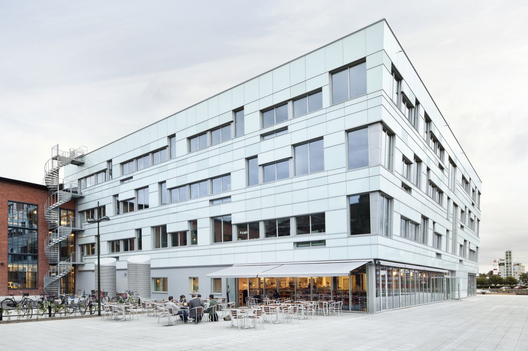