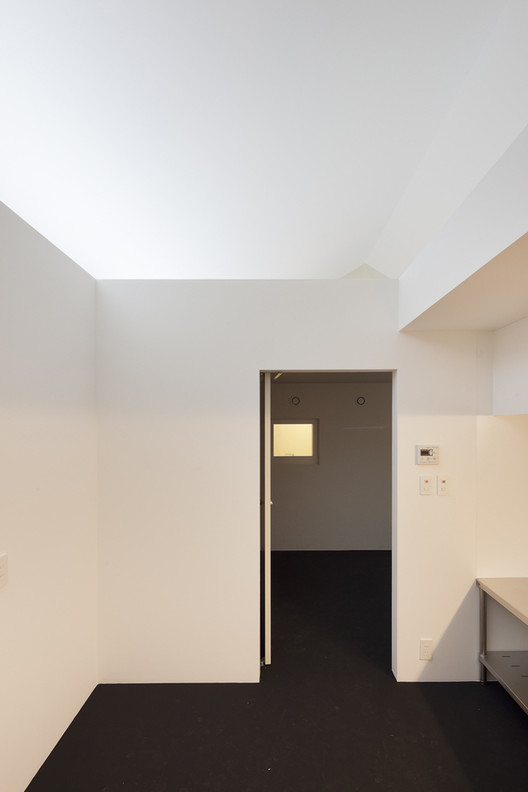 A site is Isumi,Chiba, Japan.

It is the area developed on a large scale as resort property of a bubble period near by from the sea.

Most of other sites are untouched and the owner of land and right relocation of a site boundary or a road are not certain.

This cottage for a client who likes fishing stands to a site like a vast weeds place.

Neither the sea nor a mountain nor beautiful green can necessarily be seen from here. The impressive house that has the form of the white arrow was built to the site without an important context.

The form which is not recklessly opened outside to a large site, but is opened inside considered that we were suitable. For example, the inner terrace and the deep terrace under the eaves which penetrate the center of a building.

The roof is constituted by the stress skin panel structure which consists of assorted wood.

The attic space of a non-pillar which came floating has connected the domain gently while it reflects the indirect light from bihind the eaves fantastically and fills each divided room with light.

The whole building is wrapped according to the FRP waterproofing which is easy to carry out a maintenance and has the antirust effect.

The performance of the building built in a strong damage from salt water in the air. 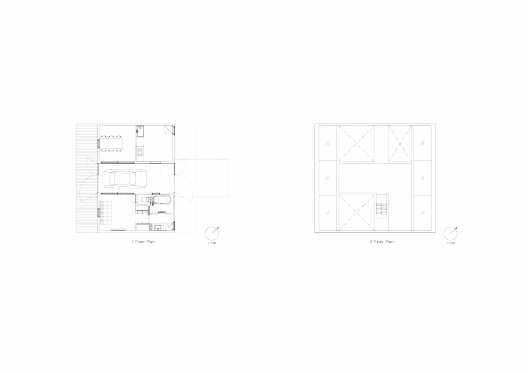