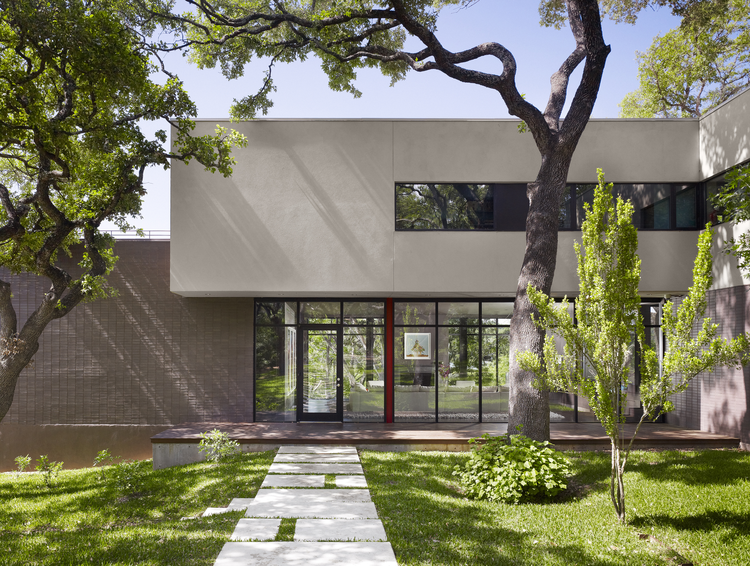 Text description provided by the architects. On a densely tree-covered site in the Austin, Texas exurb of West Lake Hills, Specht Harpman was tasked with the renovation and expansion of a modest 1970's house. Much of the original internal structure was maintained, but the alterations sought to erase all visible traces of the original house.

The primary goal of the new renovation and expansion was to preserve all of the site’s large twisting Live Oak trees while creating a new and open home that embraces the landscape and weaves itself around the existing trees.

The primary mass of the house was lifted off the ground plane by creating a series of masonry walls that extend across the site to form interior and exterior rooms that frame views with the Live Oak trees beyond. The walls define family spaces on the lower level, while supporting a “floating box” of bedroom and private spaces above.

Ceilings of the existing house were low. For the expansion spaces, the ceiling plane was maintained, but the floor was lowered to follow the contours of the site, creating a terraced interior landscape that gives height to rooms while maintaining a modest exterior expression. 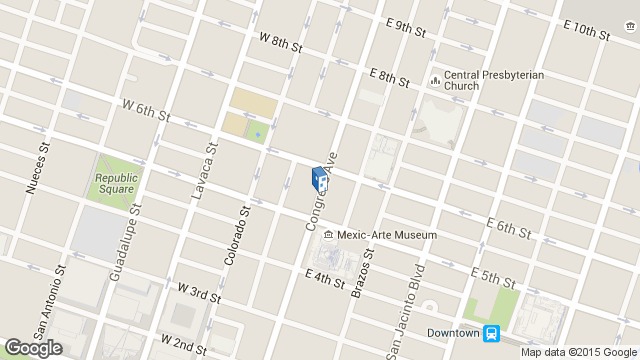 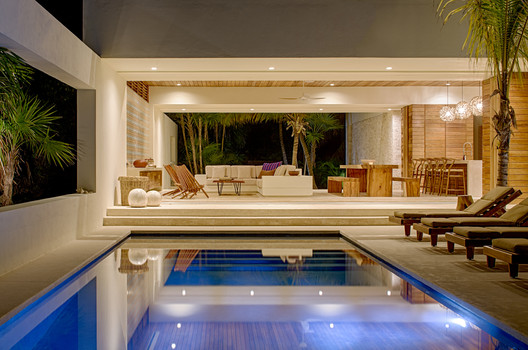 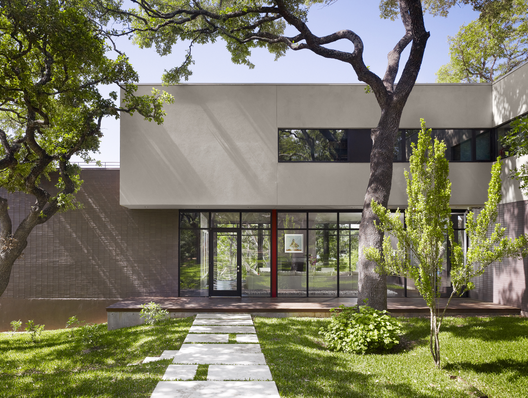