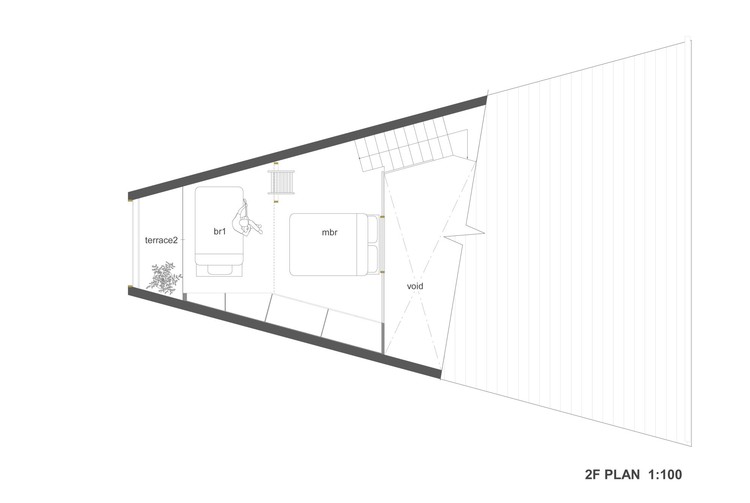 As the surrounding of a site, a residence stands in a row in the north-and-south side, and the east-and-west side is a place where a comparatively good field of view.

I have an idea that the residence should be a one room. However, the monotonous one room which can see the whole feels in many cases that there are few choices of an air and a life. So we have made “one room” which can connect family without seeing directly. This time, We proposed preparing “the boundary of air” connecting good fields of view in the east-and-west and gaining depth and density to the space.

Concretely, we use wooden frame which use auxiliary as window or door frame. We think wooden frame itself takes a part of specifying space boundary. It is distinguished as somewhere else at the same time the space before and behind that is connected because there is a wooden frame. It is constituted as space with moderate tolerance.