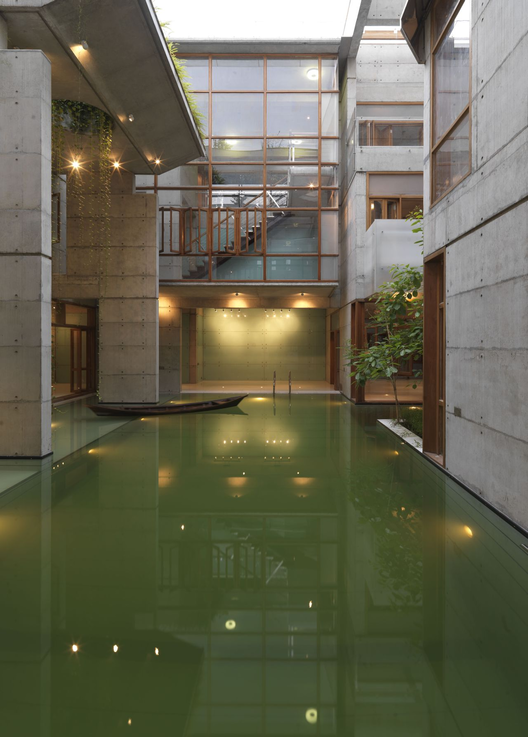 Text description provided by the architects. The building envelope of this three-storey residence is a pure square, constructed of a single material, cast-concrete. The sphere, the universal celestial form, in this case is transformed to its terrestrial expression in the shape of a square.

Considering the socio-economic conditions of Dhaka, architectural vocabulary is kept simple, with traditional spaces like the courtyard, pond, ghat (steps to water) and ample Green to merge together urban and rural typologies in this urban context.

The site is surrounded by multi-storied buildings as on-lookers. An introverted design strategy was hence adopted, placing a water-court as a swimming pond in the middle of the house to ensure privacy.

It is the inter-relationship between form and void which is at the heart of Lalon’s philosophy, the underlying inspiration for this building. The open quad at the center depicts Nothingness.

The South and South-East have been designed to bring in cool breeze during the hot, humid summers and the warmth of the sun during the winters. The central water court acts as a natural exhaust system, allowing hot air to escape and making the middle court a cool sanctuary.