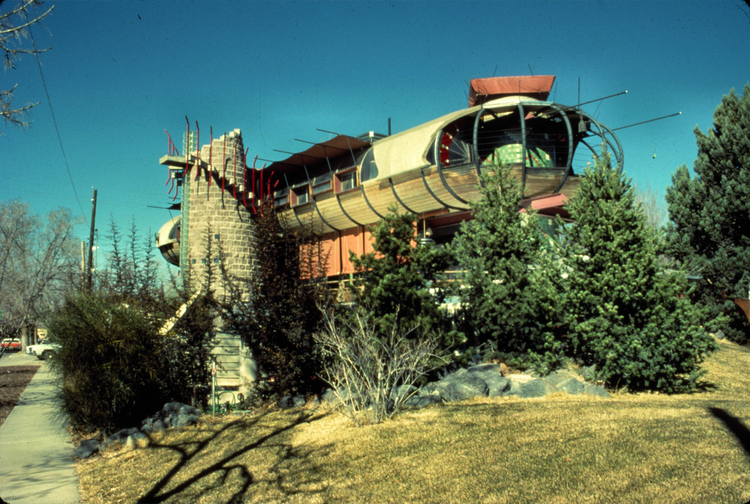 Text description provided by the architects. Courtesy of Bart Prince

Nestled in the suburbs of Albuquerque, New Mexico are the otherworldly forms of Bart Prince’s Personal Residence and Studio. As home and work place for the architect the structure truly reflects Prince’s main design principle that form so closely follows function. This ideal leads to the relatively uncommon architecture produced by Bart Prince.

From the street it appears as a seemingly random intermingling of color, shape and texture but each design decision reflects an inner programmatic decision. Southern facing glazing allows for passive solar benefits. Large water columns on the interior are heated throughout the day to provide hot water for the building.

A ramp leads down into the cylindrical studio space which is set into a bermed area near the front of the building. This allows for both a measure of noise and temperature control. The roof of the structure is supported off of a central column with a fanning arrangement of structural pipes. This covering is raised off of the structural concrete supports of the exterior wall to allow for a flood of overhead lighting.

A separate yet equal entrance ramp leads to the main living space containing an interconnected network of purposeful rooms. The two first floor levels are connected by a series of upper stories which serve as bedroom, library and work spaces. A stone tower was added to the building in 1990 and serves on the lower level as a library and the upper level as a drawing storage area. 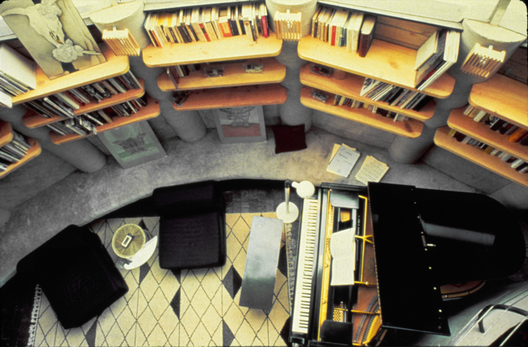