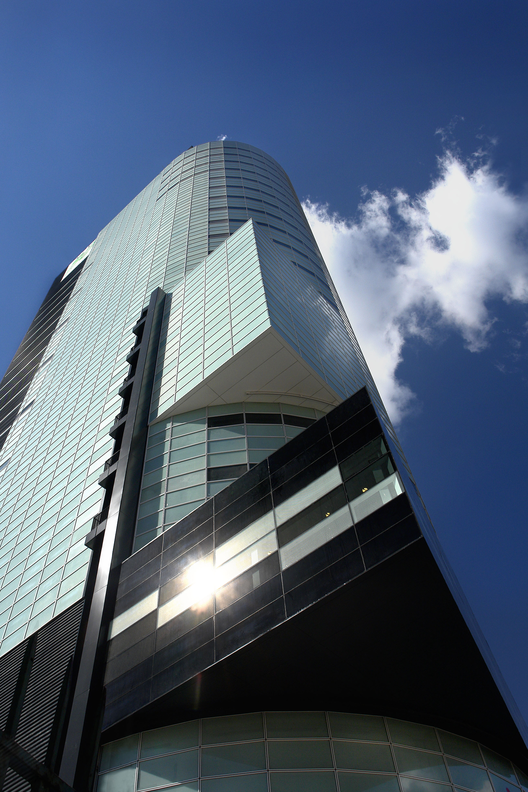 Text description provided by the architects. At 25 stories and 110 m, the BTC tower, is presently thee tallest building in Romania.

In spite of its size, the tower does not benefit from either a large site or a surrounding plaza. The relatively small 2,500 sq m site is set on Ion Mihalache Boulevard, next to the Filantropiei Hospital and close to Piaţa Victoriei. The tower, while situated in the second plane of reference, behind Piaţa Victoriei, constitutes a dead-end perspective point for the Lascăr Catargiu Boulevard, revealing most of its height from Piaţa Romană. An illusory presence, the tower seems to diminish behind the Antipa Museum, as one approaches Piaţa Victoriei, along the boulevard. Transcending its impact on the immediate neighborhood to the larger vistas of the city, the tower establishes an urban role for this much challenged typology in Bucharest.

The requirement for large open office areas, in the context of a relatively small floor plate, determined an eccentric location of the core in the building. The core is set on the southern wall leaving the northern exposure available for most of the building. The transition from south to north along the façade is marked by the reduction of the ceramic frit density in the silk screening of the curtain wall, changing the tower’s transparency towards north. The core mass that remains exposed on the south façade is clad with dark corrugated metal panels. The tower sets back above the four-level «base» containing larger office floors. This register reflects the height of the existing buildings along the boulevard. The base’s top two levels are cantilevered over the building entry, revealing the lobby doors, set in the circular body of the tower at its contact with the ground. Above, another cantilevered volume parallels the «base» and separates the tower into lower and upper sections. The «base» is clad with alternating dark and clear glass panels. The horizontal dark glass strips that mark the office zones in the glazed areas correspond to one-meter width bands of tinted vision glass, set at eye level. The vision-glass panels above and below these strips are silk-screened. Within the floors’ structure, these panels have a ceramic coverage between 30 to 50%. The slab structure and dropped ceiling areas are covered by «shadow-boxes», having the outer glass layer patterned in the same way as the vision-glass. 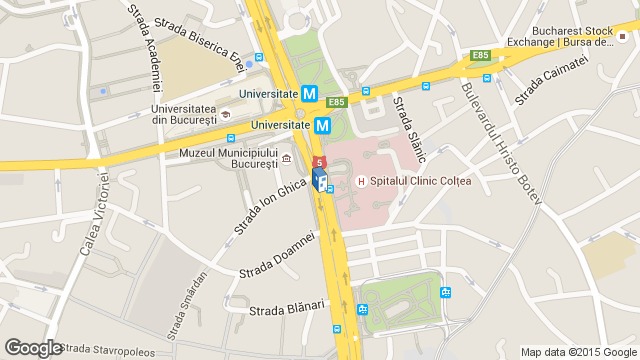 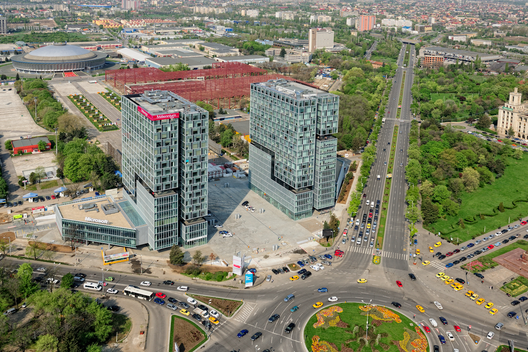