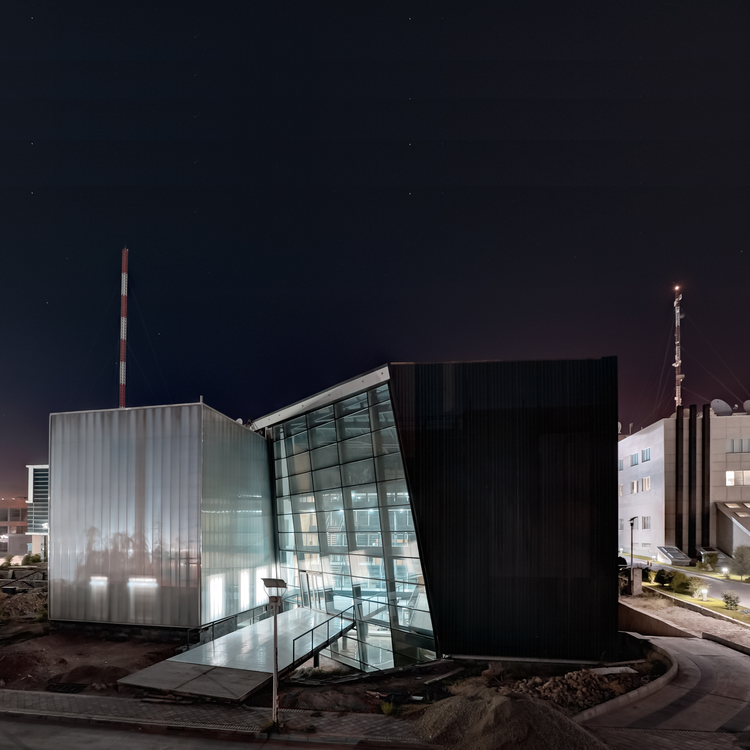 Text description provided by the architects. This four-level building is located in a 1720 square meters site and has a total area of 2050 square meters, which is built in the Pardis Technology Park. This building has two sections of administrative and R&D.

Design concept for the administrative section taken from a dark box and a transparent kernel for the R&D section. The kernel is visible through a diagonal cut made in the box.

The cut splits the building into two parts and the center space becomes a greenhouse that contains the bridges between the two buildings and the lobby along side with the entrance bridge. This space set for the conditions like the heat in summer and humidity in winter.

The R&D section has a translucent façade for the best lightening effect and has double skin to make a sustainable building.

In the west wing, for the outer layer of facade polycarbonate sheet with 8 cm thickness and for inner layer plaster panel with 15cm thickness is considered.

In the east wing, the outer layer is changed to sandwich panel that has a similar effect to west wing. 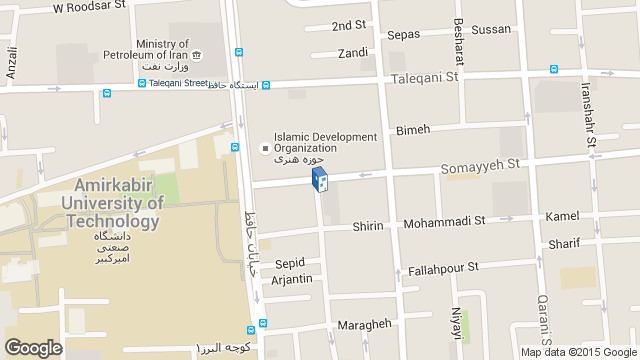 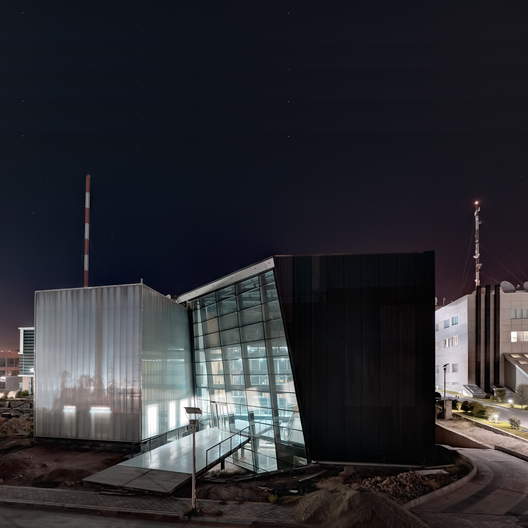