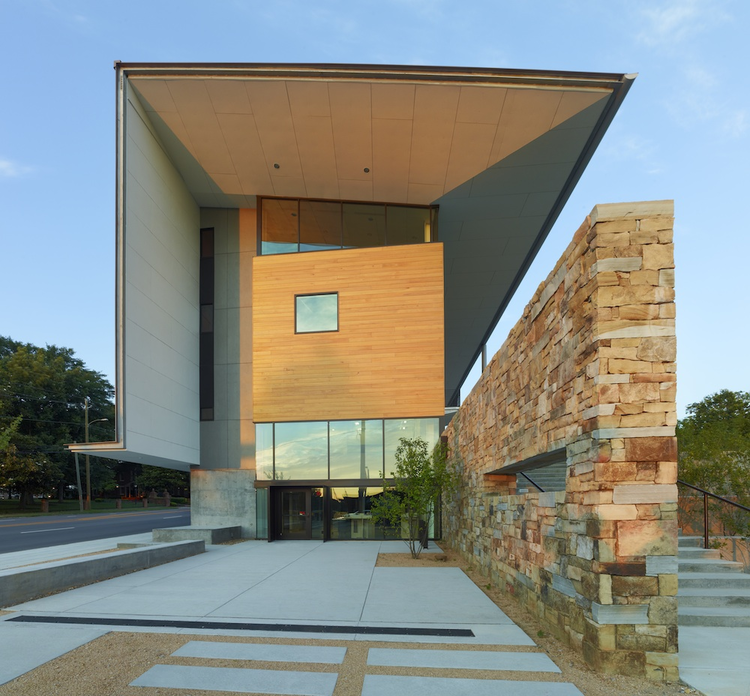 Text description provided by the architects. After seven years of planning and fundraising in the midst of a national recession, construction of the North Carolina chapter of the American Institute of Architects’ (AIA NC) thoroughly sustainable Center for Architecture & Design was completed this summer in Raleigh.

Located on an oddly shaped, previously unused lot in downtown Raleigh near the State Capitol and Government Complex, the new Center is the first AIA headquarters facility to be built from the ground up expressly for this purpose, and AIANC hopes it will serve as a flagship for modern, sustainable urban design in North Carolina’s capital city.

The three-level, 12,000-square foot building was designed by noted “green” architect Frank Harmon, FAIA, principal and founder of Frank Harmon Architect PA, after the firm won a professional competition for the project in 2008. Harmon calls the Center “a modern building with a green heart.”  He also says he saw the commission as his chance to create “an embassy for architecture.”

The narrow building is sited snugly up against the existing city sidewalk so that the majority of the triangular lot is a park-like green space in its urban context. In fact, the necessary parking area is what Harmon and Bleam call a “parking garden,” porously paved so that it will dry quickly and can be used for a variety of outdoor functions by AIA NC and other community groups.

The building’s open floor plan features two main rooms on the ground level and a continuous open office space on the top floor. The open plan is meant to evoke a sense of community among occupants, and it also makes temperature and lighting control more efficient.

Harmon designed the building to meet LEED Platinum standards as well as AIA Committee On The Environment (COTE) goals, which include regional appropriateness and the use of regionally available materials, land use and site ecology, sustainable materials and methods of construction, reduced water usage, and increased energy efficiency.

The siting, narrow form, and abundant glazing – including operable windows -- maximize natural ventilation and light in every interior space. (AIA NC officials report that they rarely turn on interior lights.) Other sustainability features include:

“As we come out of the recession, we won't be building in the same wasteful ways,” Harmon said. “With new emphasis on alternative energy and sustainable design, the AIA NC Center shows us a new way to build.”

The building was financed through a Capital Campaign, financing through the America Recovery and Reinvestment Act, and through in-kind donations of construction materials, including VMZINC/Umicore Building Products’ architectural zinc for the roof and northern wall cladding. 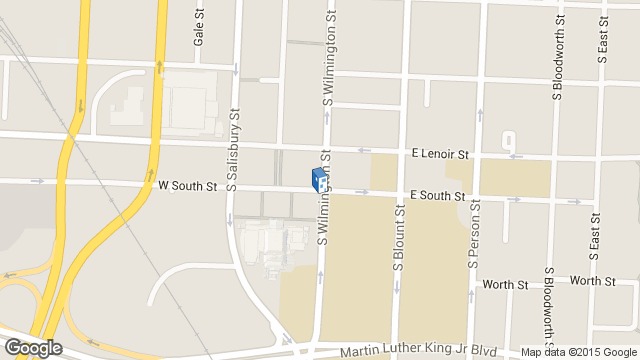 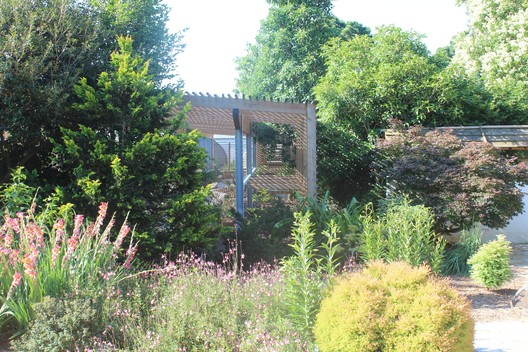