Save
The Martians Have Landed / LAVA 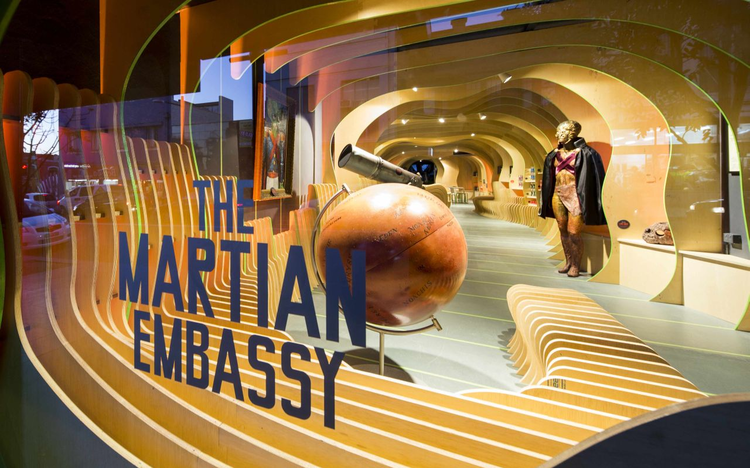 Text description provided by the architects. The new embassy was designed by LAVA, with partners Will O'Rourke and The Glue Society, as a fusion of a whale, a rocket and a time tunnel, an immersive space of oscillating plywood ribs brought to life by red planet light and sound projections.

LAVA’s design for the Martian Embassy is for The Sydney Story Factory, a not-for-profit creative writing centre for young people in Redfern, Sydney. The project was a collaboration with production company Will O’Rourke and their creative partners The Glue Society, who developed the Martian concept which was then road tested with kids - of all ages.

Chris Bosse, Asia Pacific director of LAVA said: ‘It's the stuff great stories are made of - think of Moby Dick, H. G. Wells' Time Machine and 2001: A Space Odyssey by Stanley Kubrick’.

‘The concept is to awaken creativity in kids, so the design acts as a trigger, firing up the engines of imagination. It’s an intergalactic journey - from the embassy, at the street entrance, to the shop full of red planet traveller essentials, to the classroom. By the time kids reach the writing classes they have forgotten they are in “school”.’

‘Using a fluid geometry merging the three program components [embassy, school and shop], a computer model was sliced and ‘nested’ into buildable components. 1068 pieces of CNC-cut plywood were put together like a giant puzzle. Using technologies from the yacht and space industry the timber ribs create shelves, seats, benches, storage, counters and displays and continue as strips on the floor. Edged with Martian green, the curvy plywood flows seamlessly so that walls, ceiling and floor, space, structure and ornament, become one element.’

A mix of Martian essential oils infuses the tunnel to inspire young imaginations, whilst the sounds and lights of the red planet animate the space. Martian passports, alien money, 1kg cans of gravity, abduction kits and SPF 5000 sunscreen are just some of the 'Made on Mars' gift products sold in the Martian Embassy store. ‘We had a lot of fun creating the first diplomatic mission from inner space’, added Bosse. 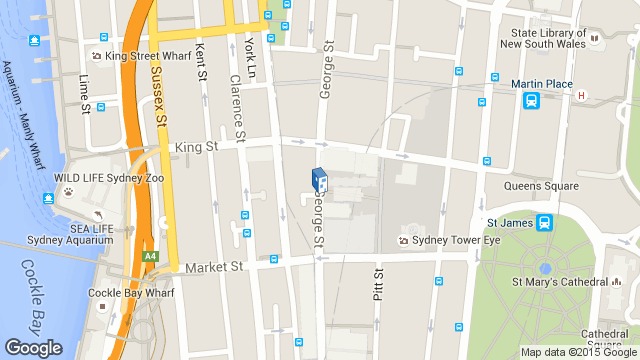 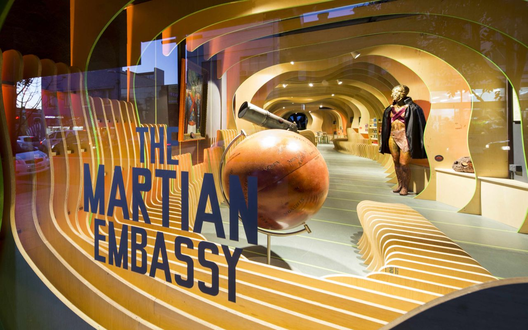 The Martians Have Landed / LAVA