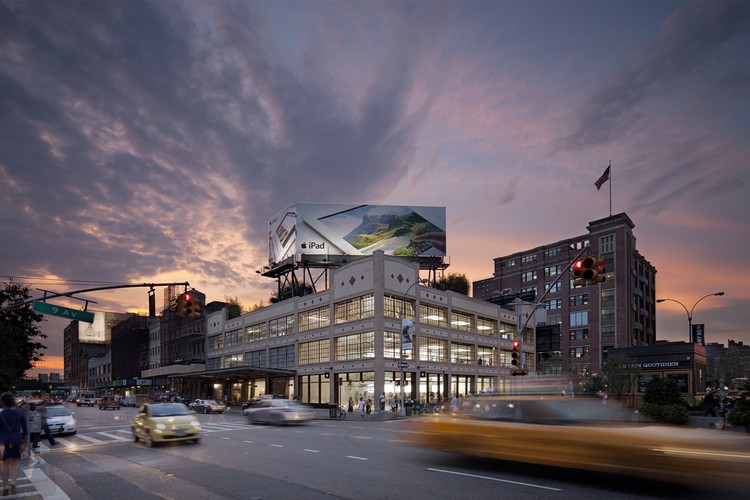 When we received an amazing photo from our friends at Cook + Fox of their 14th Street project during the Manhattanhenge sunset, we just had to share it with you.  A few years ago, Cook + Fox completed the renovation of this industrial mercantile warehouse situated in the Meatpacking District, turning the badly-weathered structure into viable commercial space (currently the space functions as an Apple retail store).    In order to retain the building's historic Arts and Crafts character, Cook + Fox worked to replaced every element while preserving the integrity of the whole.

As the building lies within the confines of the newest Landmarks Preservation District, the Gansevoort Market, the architects worked to restore its cracked facade and replace the steel sash windows to maintain its original presence. Several thousand damaged Hebron bricks, once the common currency of the city’s utilitarian buildings, were replaced with originals discovered in a Midwestern brick yard. The façade’s terra cotta medallions and distinct stucco panels were also cleaned, restored or replaced to original conditions.

Cook + Fox also upgraded the building to meet the standards of a high-end tenant, and achieve higher levels of energy efficiency.  A 5,200 sqf office space was added to the roof, almost entirely concealed behind the existing billboard.   Its standing seam construction speaks a material language similar to the steel supports of the billboard that conceals its presence, and also recalls metal shipping containers and other industrial artifacts relevant to the site.

As for the distinguished billboard, the massive signage was placed atop the structure prior to the building's landmark designation, so it was permitted to stay.  The billboard take advantage of the building's prominent placement on the corner, by attracting even more visibility.

Along Ninth Avenue and 14th Street, the building's ground level facades were designed with the intention to restore the original connection to the street. New storefronts trace the outlines of former loading docks; the profile and proportions of original shop windows are preserved with painted metal framing. The relationship of the building to 14th Street, formerly defined by a heavy metal canopy, is re-interpreted with a corrugated glass awning that allows daylight to filter through to pedestrians.

"As a whole, the project addresses the question of adaptive reuse by engaging with the many layers of the building’s history. The newest layer allows the building to evolve with the changing neighborhood, meeting the ambitions of the current generation while preserving a connection to those that have passed," explained Cook + Fox. 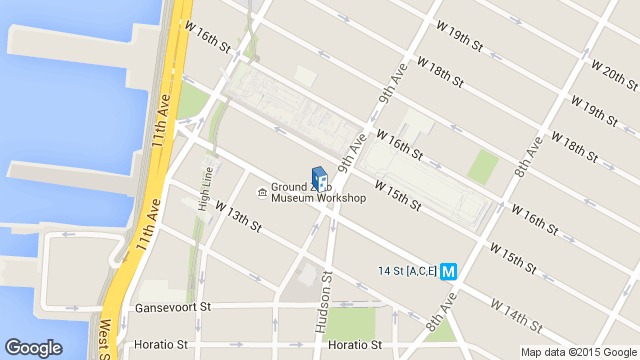 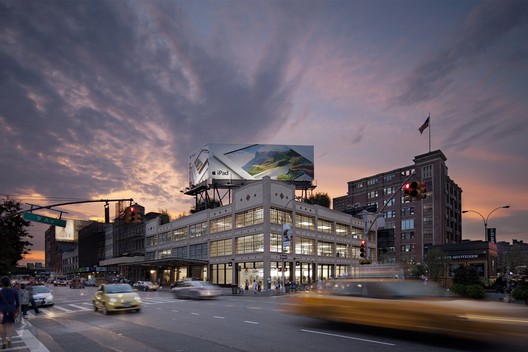