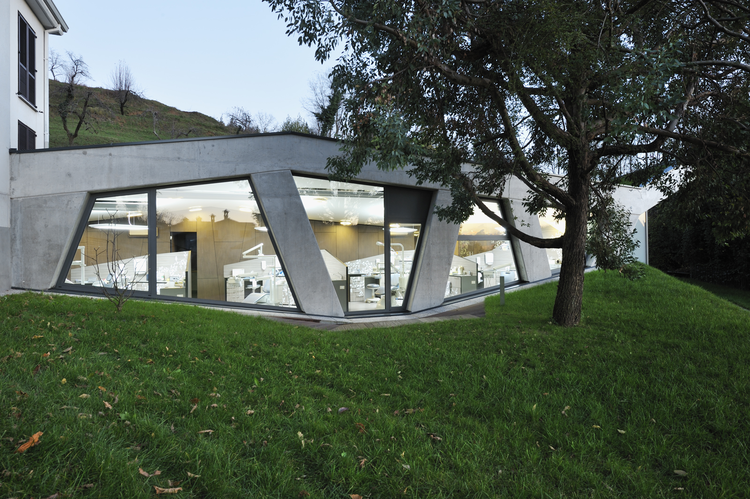 Text description provided by the architects. Stamboldžioski Dental Studio is located at the outskirts of the city, in a residential community featuring mostly single-family homes. It has been built as a replacement for the cramped surgery in the dentist's private house, which was set up on the ground floor. It is therefore an annex, whose floor area - as it so often happens in such cases - exceeds that of the house it has been annexed to. Furthermore, its programme significantly differs from the predominant function of the vicinity.

Due to the required floor area of the annex, which is more than double the size of the existing building, the relationship was instead sought with the natural landscape in which the annex is placed. The building is built on a slope, which allows its greater part to be dug in. This reduces its presence in the space despite the somewhat expressive appearance, which follows the building's function. Furthermore, the new building is thus able to integrate well into the predominantly residential environment. The natural surface occupied by the building is replaced with a green roof featuring a seamless transition to the surrounding green surfaces at the rear. The folded surface of the roof breaks up the classical building mass and marks the new entrance, which is separated from the residential house. It makes a second appearance as a styling principle on the surface between the building and the access road.

The fact that the building is dug in naturally affects its energy design. Its exterior surfaces, where energy loss is greatest, are relatively small and used in their entirety to provide natural lighting for the interior working spaces. In combination with the trees installed in front of the large glass surfaces that prevent the interior to overheat in summer, the surgery requires very little energy for heating and cooling. 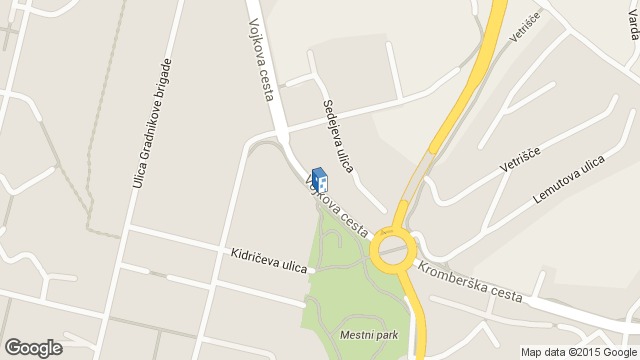 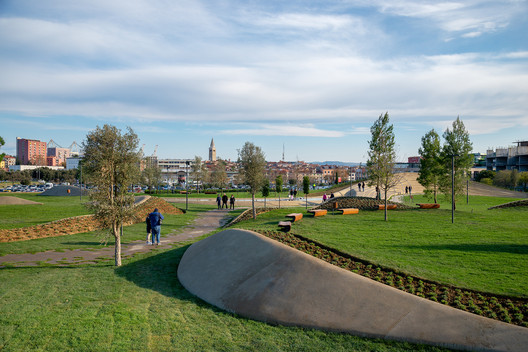 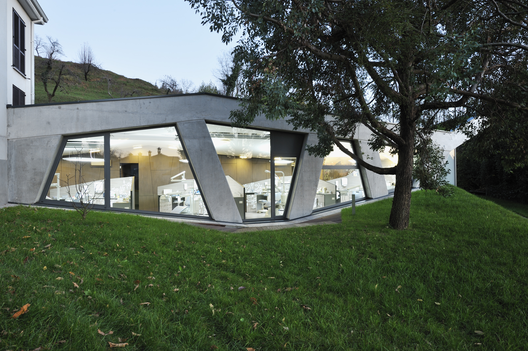