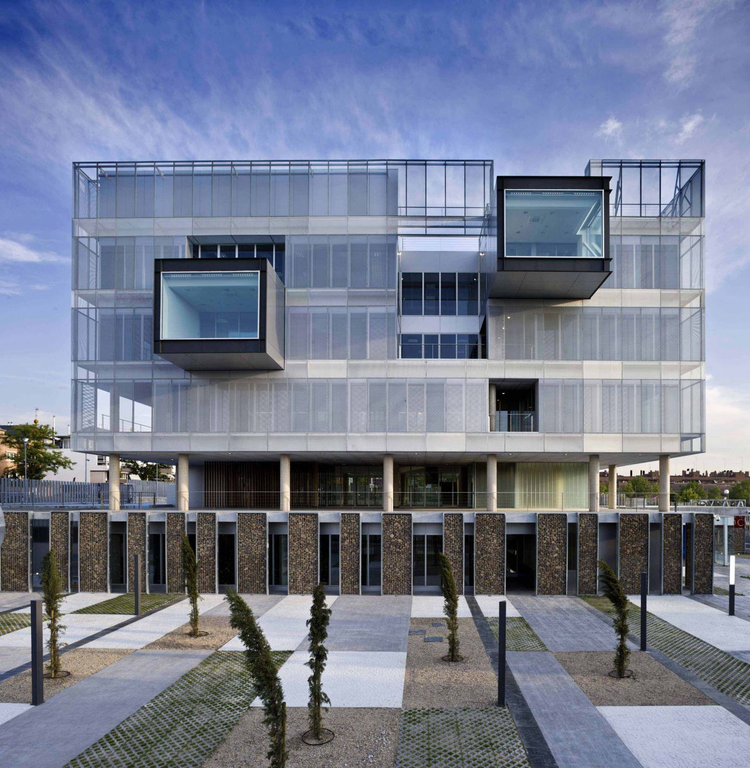 Text description provided by the architects. The general design of the project is in response to its environment. The building is set back from the property line, leaving a free public urban space that allows pedestrian access. This gives continuity to the city and promotes the reconciliation of the citizen to the public building, which is traditionally considered a closed and hermetic place.

On the other hand, the building is meant to be an architectural landmark for the city, thanks to its modern and rotund image. The project tries to change the relationship between a state-owned building and the community through layers of transparency.

From a distance, the facade gives the building a clear and massive appearance. At proximity, the facade’s skin is only a light film whose transparency allows magnificent views of the city. The anodized aluminum mesh screens are periodically perforated to control depth of field and light penetration. These panels impede visibility towards the interior during the day while allowing undisturbed views to the surrounding city; at night, the building glows with light to expose the inner functions to the outside world.

Anodized aluminum gives the impression that the building is constantly changing, responding to the light and chromatic variations throughout the day and the seasons. In the same way, the degrees of drilling makes the facade seems different according to the observer’s position.

Inside, all the work areas are organized around an empty space, a large full-height interior patio that sets up the dialogue between the private area and public spaces. The unifying element of the project is the light that comes through skylights in the atrium. This space, combined with the use of glass in the work units, gives the interior a panopticon character both horizontally and vertically.

The private spaces by contrast are easily distinguishable as cantilevered solid cubes protruding out of the glass box, and a series of terraces and patios that appear on the facade. 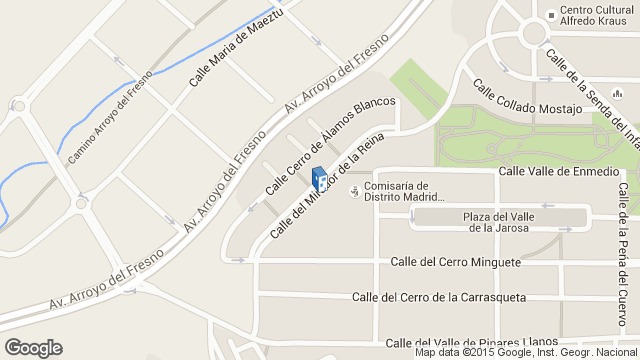 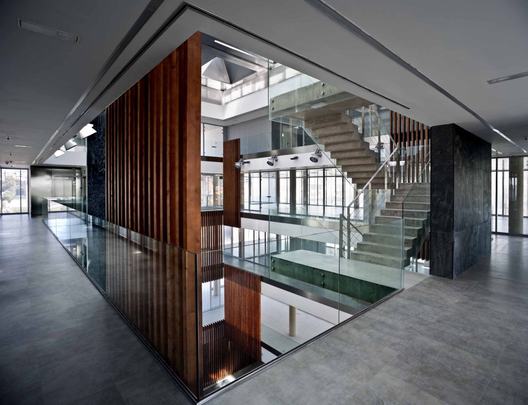