Save
Cascading U Two-Family Residence / AREA 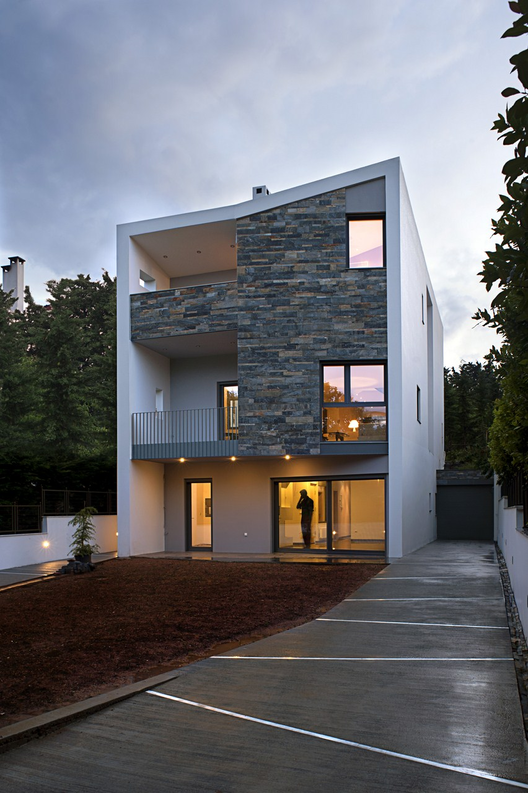 Text description provided by the architects. On a narrow lot with a mildly sloping incline in the northern Athenian suburb of Krioneri, the Cascading U House positions two independent dwellings one on top of the other, for the owners and their daughter.

Whereas the typical house volume bifurcates a narrow lot into front and back yards, with awkward window openings directly onto neighboring lots, here the U-shaped plan allows a third outdoor space to penetrate the building’s center, providing southern exposure during the cold winter months without sacrificing privacy from neighbors. Primary access to both dwelling units occurs through the middle courtyard -- as opposed to the building’s façade – while automobile access occupies a separate zone to the building’s North.

Further manipulations of the building’s form create a set of diagonal “creases” and “incisions” that separate areas of the interior into fluid, interrelated zones (Traditional wall partitions are limited to bedrooms, bathrooms and secondary support spaces.). The interior is thus incorporated into a visual relay that connects all exterior spaces through the volume of the house itself: front yard, back yard, and interior court become extensions of living space. In section, the upper floors of the house step down toward the street, which runs along a stream; and a gently cascading series of roofs further mimics the sloping landscape, while letting in light.