Save
Summer house on pillars / munkacsoport.net 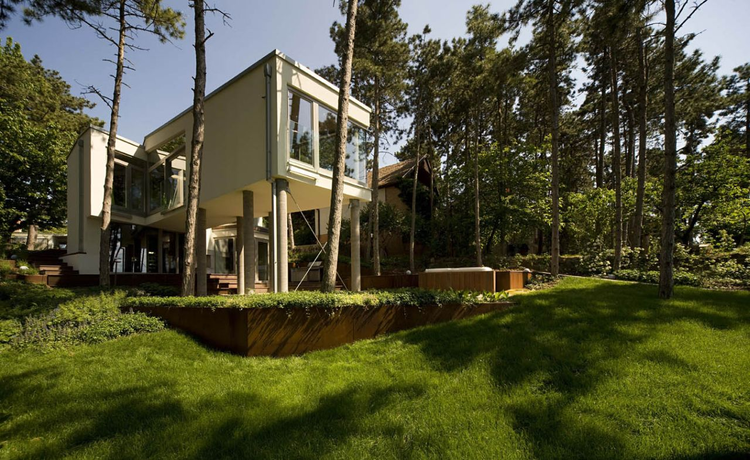 Text description provided by the architects. The summer house, wedged into the hillside, turns toward Lake Balaton with its large panoramic windows, while its terrace and pillared volume stretch into the zone of the surrounding fir trees. Proportioned after the tree-trunks, the pillars lift the building’s frontal volume up to the tree’s crown range, hence integrating the house into its natural environment.

The architecture in the region around the Lake Balaton is determined by the Building Regulation made in the middle of the 20th century, which is still in force and requires a traditional, pitched roof house types on the hilly northern side, while proposes characteristic solutions and modern forms on the flat southern lakeside. From this point of view the current plot is situated on the border but the architects of munkacsoport.net succeeded to get through their flat roof architectural program fitting to the modernist movement.

The summer house’s shape and concept was influenced by the pine trees standing on the site: the designers decided upon keeping the trees and drew the outlines of the terraces and the building itself among the tree-trunks.

As Tamas Bulcsu and Eva Fortvingler put it: “The thinning forest’s trees on the site were important elements of our concept: going between the trees shaped the volume and the trunks’ gray, slender figures inspired the pillars’ ratio. The tight connection between the building and the landscape wash away the frontiers between being inside and outside.”

The arrangement follows the region’s summer houses traditional interiors: the communal spaces can be found on the ground floor; meanwhile the bedrooms on the first floor offer intimacy to the owners and the guests. As the core of the house, the chimney’s volume serves as an outdoor grill on the terrace and as a fireplace in the living room. But the traditional arrangement is supplemented by an unusual element: the architects created an elongated space standing on pillars suitable as a viewpoint and good for practicing meditation. This space provides the summer house with an experience of a floating space. 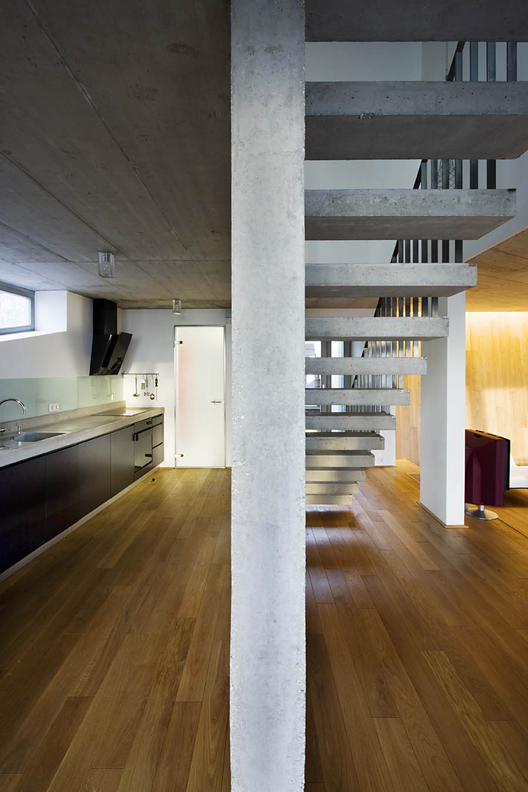 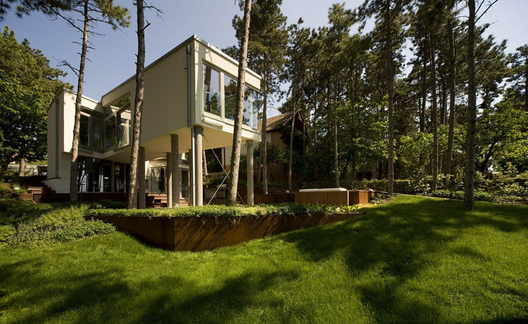