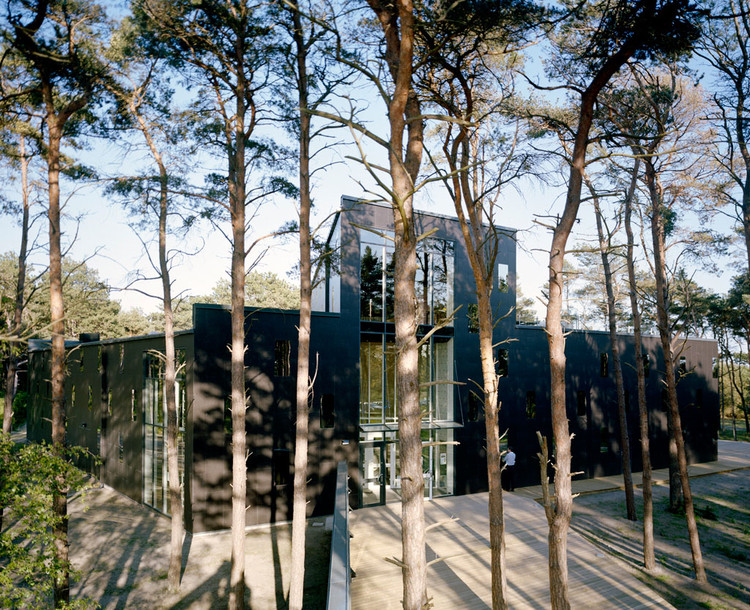 Text description provided by the architects. In 2006 Fredrik Kjellgren and Joakim Kaminsky won the international architecture competition for a new dancehall in Falsterbo, Sweden, and started their studio; Kjellgren Kaminsky architecture. Now the building "mirage" is to be inaugurated.

When designing we always work with our manifesto which puts focus on people, needs and context. in special projects we write several short stories describing what could take place in the building. In the mirage project it was important to connect the conservative and historical mindset of the community of Falsterbo with the new ideas and visions that attracts young people from all over Europe to visit the area during the summer months.

The 30th of May 2006 the old dance hall in Falsterbo, Sweden, was destroyed by fire. The dance hall was situated 200 meters from the beach in a small pine wood grove on the southernmost tip of Sweden. Having been a famous meeting place for both locals and tourists since the 1930's the dance hall was much mourned and it was soon decided that the house should be rebuilt. The municipality launched an international architecture competition that draw a record breaking interest from both media and architects. After careful consideration the jury decided upon Kjellgren Kaminsky's proposal "Mirage".

The Mirage dance hall establishes a dialogue with the site, its history and future. Like a diffuse recollection it reflects the position and facades of the old dance hall while simultaneously reflecting its surroundings in every moment; the changing seasons, the light and the people passing by.

Much emphasis was put on designing spaces with extraordinary acoustic qualities. A custom made damping wall was designed in collaboration with an acoustic expert. The wall consists of a black acoustic felt covered by white wooden boards of various dimensions which creates strong graphical elements in the whole building. The wall has proven no more expensive than standard solutions.

The old dance hall solely consisted of a dance floor and a bar, but for the new building the program was extended to also include two restaurants for 250 people, a kitchen, a room with a stage and a second floor with a roof terrace, adding up to a total of 1600 sqrm to host 1500 people.

The plan of the new building has the same footprint as its predecessor. It is cut diagonally by a two story high entrance room which connects all the public areas in the building. The building is divided so that the serving spaces are placed along the eastern facade and the served public spaces are located on the west side. The rooms towards the southern facade opens up to terraces.

The building is situated in a nature reserve. The pine tree grove surrounding the building is kept unaffected. The terraces and paths connected to the building are made out of wooden boards taking there inspiration from the jetty's on the nearby beach. A small gravel road for deliveries is lade out on the east side of the site.

The Facades of the building are clad in boards of graphite gray fibercement and mirror glass. The mirrors are placed in a pattern inspired by the wooden facade and windows of the old dance hall.

The building is constructed with prefabricated concrete elements. This has not only proven an economically feasible solution, the heavy construction also helps keeping the noise inside, to the joy of worried neighbors living nearby.

A party celebrating a wedding walks stiffly up the stairs to the upper floor restaurant. At the end of the stairs they are met by a framed view of the sea and the horizon. To the right welcoming drinks are being served in the bar. When turning one see big windows facing south, outside pine treetops point towards the sea. Between the horizon and the restaurant there is a generous terrace where the drinks are enjoyed. Later on the party will walk down to the first floor where a dinner will be served in the larger restaurant.

After a great day on the beach we can walk up under the pines on the wooden jetties to the restaurant's terrace. While leaving the sea we are meet by the horizon and heaven in the reflecting mirrors. White parasol's and furniture reminiscent of the happy 20's, now that we can sink into the comfortable chairs and have a break to think about getting another ocean dip, or eat a delicious lunch and then cooling off with a cocktail in the bar.

Several hundreds of people have gathered to enjoy an evening with the heavy tunes from the local brass band. From the stage music flows into the room. The dancing couples slowly begins to move in from the restaurant where they have enjoyed food and the last glare from the sun. People also moves directly from the entrance where they already have had a glimpse of the dancing people. This will be an intense evening.

A long queue winds itself along the wooden deck into the entrance. The spirit among the young excited people is great, tonight is the summer closure and there will be a lot of people here. Three different dance floors with music mixed by DJ's from Sweden, London and Barcelona. Inside the entrance room people stands, sit and mingle. The restaurant is filled with dressed up youngsters enjoying summer vacation and short drinks. At the long bar it is served summer drinks and a DJ turn her vintage vinyl records. At some tables, it has already become crowded and laughing friends tells stories of this summer's escapades. Inside the dance room several hundred people move in ecstasy because of the escalation of the beats and the light show that flashes out across the large wooden floor. Up the stairs the atmosphere calms down and people sit at small tables, sips on their drinks in the bar or hang out in the VIP area behind the elevator. Smokers take a torch on the veranda outside. 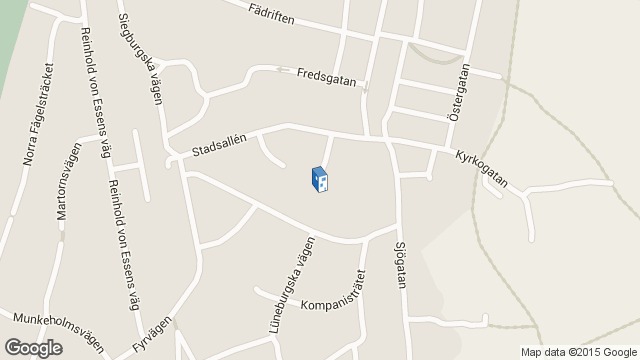 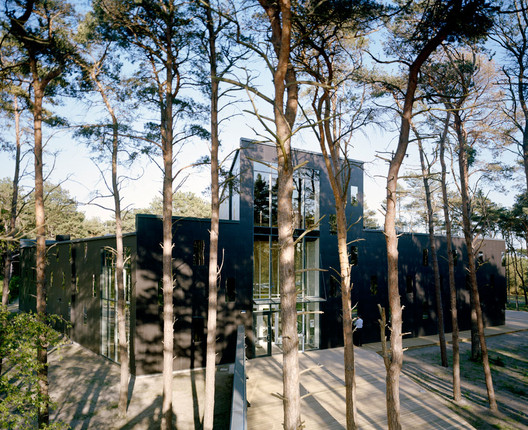