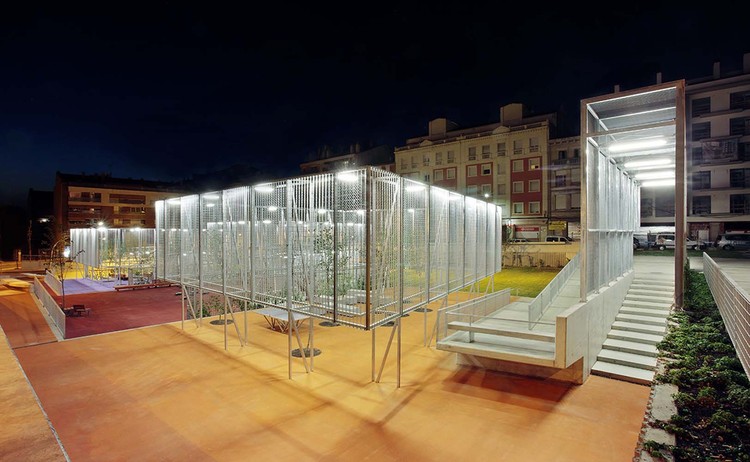 Text description provided by the architects. This modestly-sized park is located in a dense neighborhood of the Catalan city of Manresa, lacking in greenery. With the proposed topographic configuration, and especially with the location of the most characteristic park structures (the umbracles and pergolas), the goal is to split the park and visually distinguish these elements. This fragmentation aims to turn the park into a rich and complex place, spatially-generating the perception that the park is larger than it actually is while maintaining the formal unity of the whole.

The umbracles and pergolas and structures consist of tubular structures of galvanized steel coated in metal mesh to gives shape to the vegetation growing on it.

The umbracles consist of dual-metal mesh wrap. The first envelope seeks to define geometrically the tops of trees that have been planted inside. Thus it is intended that the mass of trees containing parallelepipedic look as if they form a topiary. The second envelope, parallel to the first on the outside, is planted in part with climbing plants that look like a living wall built into the volume.

With the pergolas that mark the main entrance to the park and the spaces connecting different platforms, the aims is to extend climbing plants at least partially up the structures. The mesh structures of the umbracles and pergolas, along with the vegetation associated with them, try to act as spatial filters, using colors and degrees of transparency in several different places and times of the year. This will give varying depths to park areas during different seasons.

At night, the umbracles and pergolas become glowing lamps that illuminate the park. 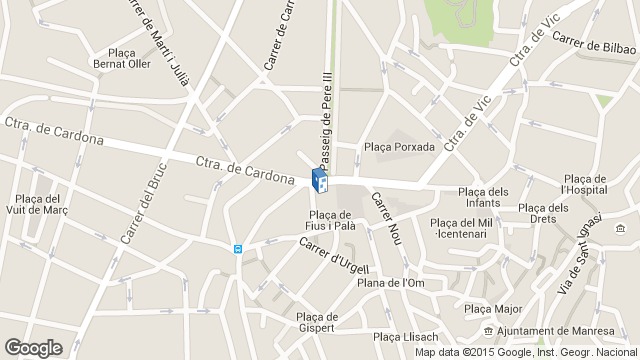