Save
Police Station of Manzanares 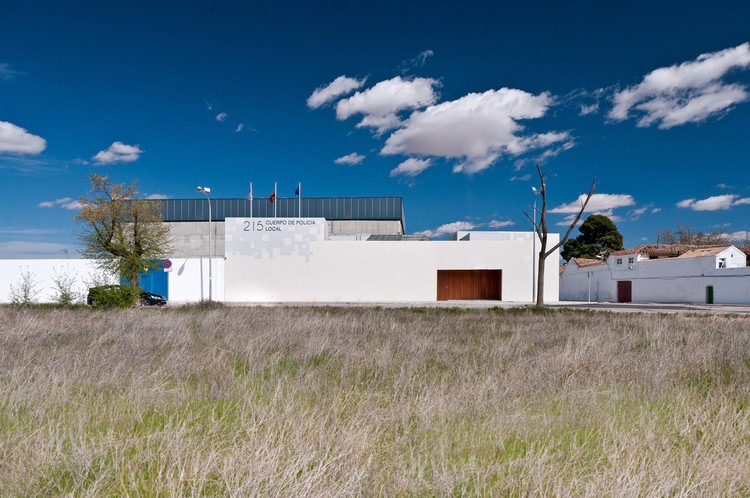 Text description provided by the architects. Located on the site of an old winery, the new Police Station of Manzanares is the result of an Architectural Competition initially announced for the construction of a Museum. When the construction was 80% completed, the Government decided to adapt the building to the current use.

Surrounded by a nondescript environment like sport buildings, lime walls and open spaces, the building is closed to the outside with a set of abstract and strong volumes. The different volumes are separated from each other by elongated courts that let glimpse into the central space of the building.

The entrance is through a covered court that brings light and warmth to the central space, which is both waiting room and reception. From this central space you can access to various offices, as well as to the different elongated courts. Two rooms seem like little blue boxes installed as isolated objects within the rooms that were originally designed to exhibition rooms. They are trying to show the change of use occurred during the construction of the building.

To achieve an appropriate natural lighting have been built large skylights, due to the use that originally would have had the building. However, to ensure the ventilation of the offices have been opened lighting and ventilation windows in the different elongated courts, not in the facade, so the outside rotund image remains as the original.

For the outside finishes of the building we have used a white ceramic tiling that combines pieces of different sizes and proportions. The patchwork designed disappear gradually in different parts of the facade where the texture and color used are slightly different. 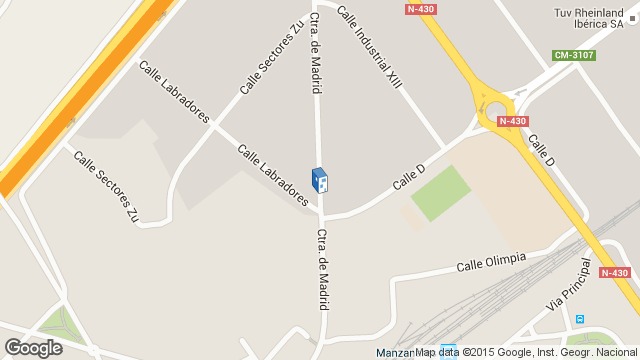