Save
Niwa no SUMIKA (House of garden) 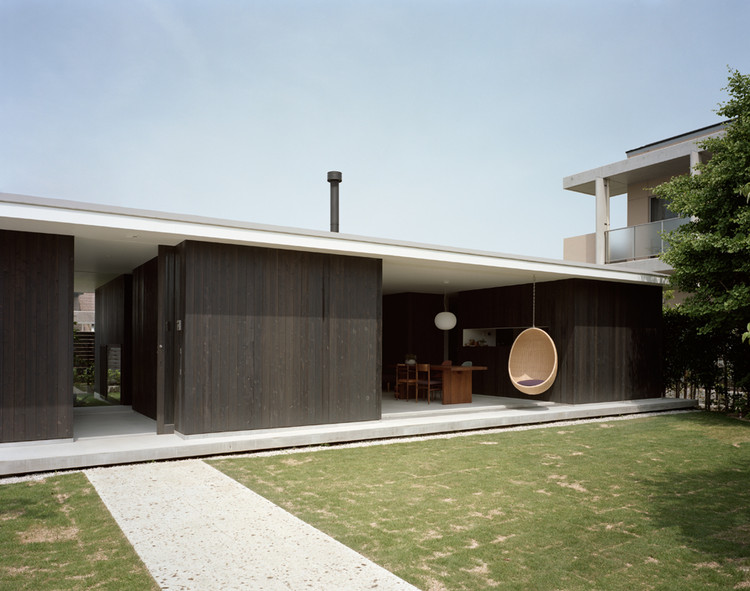 Text description provided by the architects. The house the client was born and raised. Now, only his parents live there. There is a space where contiguous with the house.

We did our architectural planning for this newly married client couple by using the space.

The main building the parents live is old and heavy undressed concrete. The style has become a familiar nowadays, but that must have attracted a great deal of attention at that time. There is a space in the west side of the house. Before the construction, the space was used as the garden. The garden had the various woods and the flowers, it was like a beautiful park. The view made me forget that here is the residential area. Once I felt the garden is too beautiful for me to build a new house. Then I strongly thought I have to grope the way that value the relation of this garden and the new house. So I first started the plan from investigating the yard carefully. Normally we plan the shape of the house at the beginning, but the garden is already perfect. I thought the important thing is the harmony between the beautiful garden and the house. I looked for what the house should be. Then I reached one style. I tried to express the relation inside and outside by removing deification of border between the house and the garden.

At first, I arranged the boxes in the garden. These boxes are composed from only functional space for living there. The shape is one-story house. I paid attention to keep the sense of distance not to relate the each space. And I put the thin flat roof over the boxes. Then the borderless space has appeared between the boxes and the outside. The sunlight and the blowing wind floods the space. The resident walks indoor space with feeling walk the garden. The indoor space like the garden, conversely, the garden like the indoor space. This is the house of garden.

To express the borderless space, we adopted the wooden frame sliding door of glass. By doing so, we can catch the sight of garden even it has closed.

In the living space, I made arrangements for plain structure not to emphasize by fittings and other details. By showing the totality, the relation between inside and outside is set more.

Thus I created ambiguous house. For that reason that the house has ambiguous quality, the space which includes the house and the garden undergo changes daily by behavior and feeling of the residents. And the space is also affected by four seasons that Japan has. This is the worthily architectural style for the house of garden. 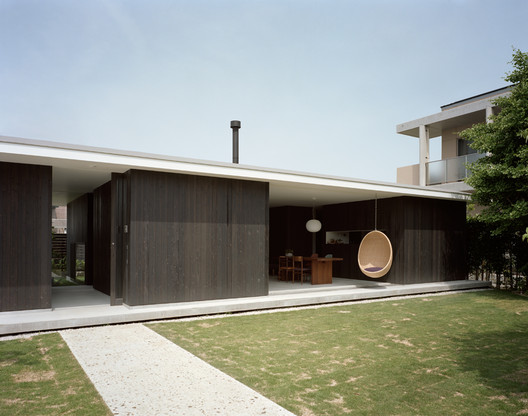