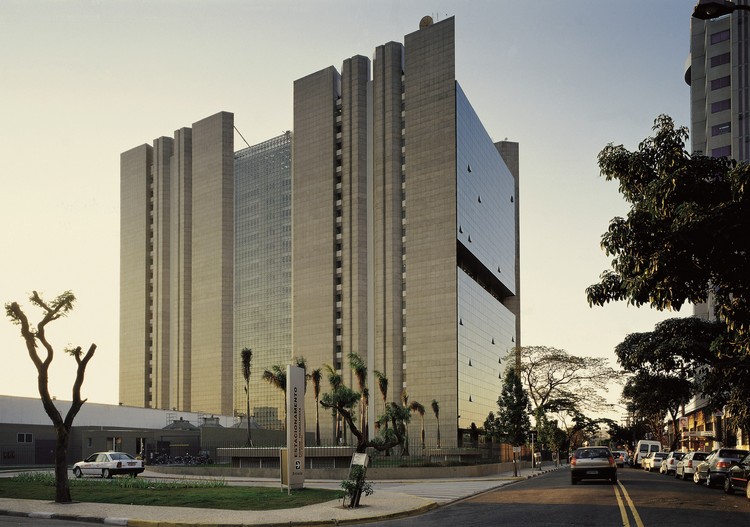 Text description provided by the architects. The traditional buildings for courthouses up to the beginning of the twentieth century, designed according to the conceptual ideas of the Grand Prix de Rome, were distinguished by their formal structures inspired by classical architecture and conveyed the idea of sumptuous monumentality.

Furthermore, solemn spaces expressed an Apollonian aspect that not only indicated the austerity of Power but also its authority as if this authoritarian image of Justice coincided with the image of a society which was also authoritarian.

The great solemn halls of Justice, the Salas dos Passos Perdidos, exhibited this monumentality not only through the scale of the building but also through the use of sumptuous construction materials.

The conceptual issue underlying the design of this courthouse was how one may propose, within a democratic metropolitan post-industrial society, a new formal structure, a semantic expression of such an important type of public building architecture and at the same time to make its insertion in the city capable of expressing a singular relationship carrying both meanings, that is a metaphor of the metropolis in itself.

The centralization of the several sections of the Labor Courts previously scattered throughout the city and its ensuing verticality, conquering air space, comprised the first guideline towards the proposal of a vertical architectonic concept.

The design of the building, following this vertical axis, organizes the four blocks of the courts, two by two, separated by double height empty spaces where collective support activities pertaining to the daily life of the judiciary complex take place.

This vertical concept gives shape to a great central empty space designed to integrate the whole complex. The unlimited visibility and full spatial integration due to the spatial fluidity bestow the necessary transparency that the bureaucratic activities require, and offer to the administrative sections of the building a global appreciation of the work being done, and the necessary rationality inherent to these activities.

This generous 50 m by 50 m area has transparent walls and roof and becomes a new access and distribution space, a feature of integration for the whole courthouse complex.

The previous solemn hall, authoritarian and majestic, finds a new meaning: the Law Square, designed to represent a new square for the city of São Paulo. On the ground floor level there is a restaurant, a bank, a telephone center, a post office, a bookshop and a 500-seat auditorium which is open to the community.

The vertical circulation is made through twenty fast lifts, four of which are restricted to the private use of the judges. All the floors are interconnected with a system of multiple ramps that very effectively comply with the required circulation of approximately 20,000 people per day.

The glass roof covering the Law Square is placed at the height of 72 meters above the ground floor level, and was treated as a feature of modular design that has the characteristics of a muxarabiê suspended in the air, an effect obtained simply through the alternation of different polyvinyl butyral interlayers - a sunlight controlling panel within the square space.

Since it was so designed the space configures a new square in the city of São Paulo due to its scale and volumetric configuration - a square bathed in sunlight but protected from rain and wind, proposed as a meeting place,a space for social intercourse and harmony between peoples. 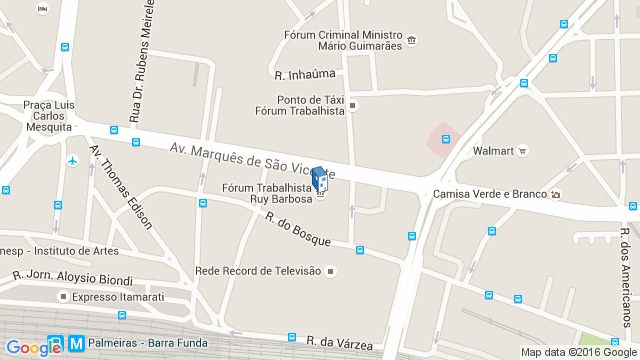