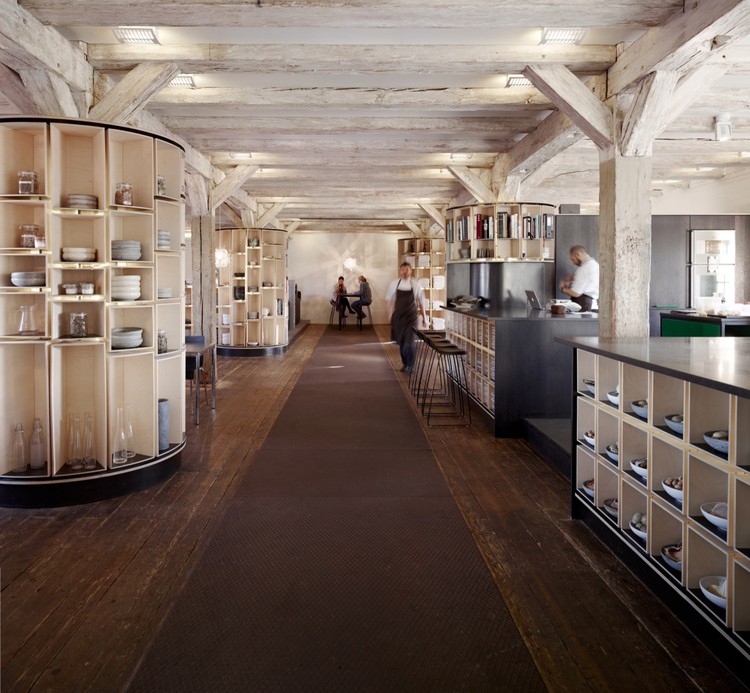 As the number one ranked restaurant on theworlds50best.com for two years in a row, the expectations for creative innovation at NOMA are higher than ever before. Therein lay the need for an inspiring ‘experimentarium’ where chefs could continue to take their skills further in the evolution and development of Nordic cuisine. This commission was given to 3XN’s Innovation Unit, GXN, whose experimental design was an excellent match for NOMA’s innovative gastronomy.

We have been happy to work with GXN on the transformation of our former meeting rooms. The result is great and has contributed to not only the space, but also organizational life and inspiration,’ says Founder and Chef of NOMA, Rene Redzepi.

Head of GXN, Kasper Guldager Jørgensen refers to the project as an Architectural Cookbook and says of the collaboration, ‘We move in parallel worlds. NOMA’s dedicated and creative engagement in gastronomy is similar in many ways to GXN’s experimental take on new materials and ingredients in the architectural world.’

The NOMA Lab is connected to NOMA situated in a former warehouse on the national registry of protected buildings. The tight restrictions meant that GXN was required to design the interior without using so much as one single nail in the walls or flooring. The approach was to design four central multi-functional storage units; each composed from over five hundred uniquely formed wooden cubes. Curving playfully throughout the space, these units divide the 200M2 room into smaller areas accommodating the Food Lab, the herb garden, staff areas and office. Raw and simple, through colours and forms, it captures a unique Nordic aesthetic. True to the restaurant’s philosophy, the NOMA Lab is developed exclusively using Nordic materials.

The organic forms of the furniture pieces stand out through use of integrated light features, which also give the interior a lighter feel. The additional lighting is provided by GXN’s specially developed STAR lamp, whose reflective light casts dramatic geometric shadows into the surroundings.

The NOMA Lab has been an opportunity for GXN to experiment with digital design methods. ‘For the project, we developed a ‘living software’ which made it possible to send drawings direct to fabrication from the computer. It’s kind of similar to printing a text one has just typed – but instead we are printing furniture pieces,’ explains Kasper Guldager Jørgensen on the design method. In practice, it meant that the interior was delivered as a three dimensional puzzle of over 5000 pieces that were assembled without the help of any carpenters.

In addition to the ‘direct from computer to printer’ interior pieces, furniture manufacturers GUBI, CPH Square and Gaggenau have been major contributors to the NOMA Lab. 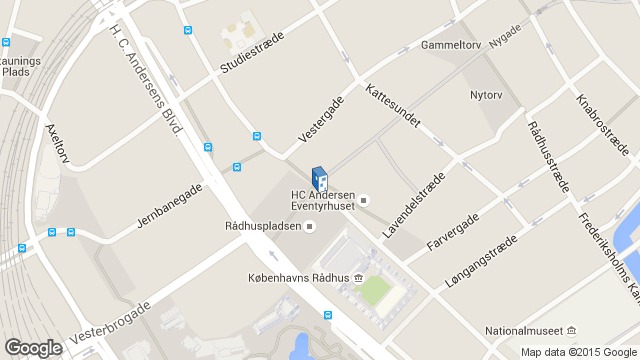 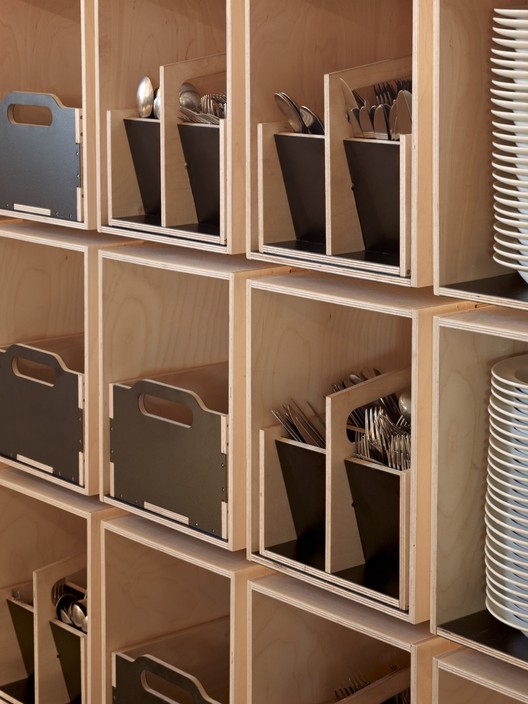 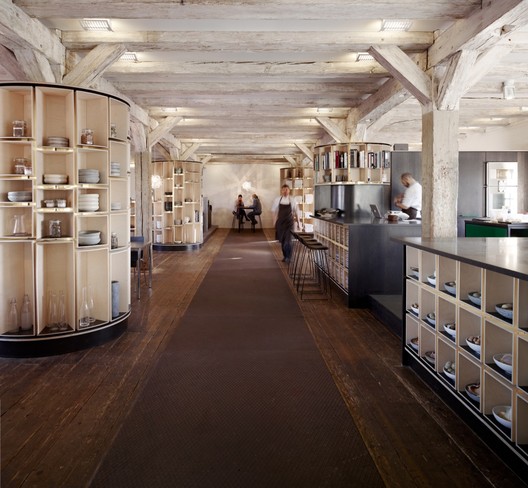