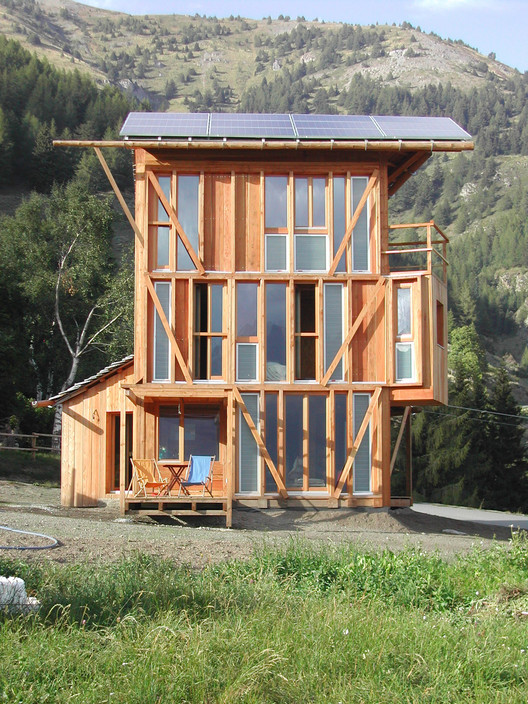 Text description provided by the architects. The project originates from the stunning view offered by the site and the particular generosity of its exposition to the sun. The house is situated at 1750 metres above sea level, in Valle d'Aosta, behind the small village of Vens, facing an arc of mountains stretching from Monte Emilius to the massif of Gran Paradiso and Grivola.

The wooden frame which constitutes the weight-bearing structure is visible on the south façade – which all the internal rooms look onto – consisting in the main of windows and is open to the sun and the landscape, while it is completed with a wooden casing with robust isolation on the other sides.

Solar energy is used here in three different ways: direct accumulation through the windows on the south façade, stored and released slowly by the mineral salts contained in the PCM (Phase Change Material) panes which complete the façade, transformed into electricity by the photovoltaic panels placed on the roof. The only other source of energy used by the house is the wood for the cooking stove, situated on the ground floor.

The wood used in the structure and on the façades is local larch, which is untreated and unpainted.