Read more
Save
71 council and private flats in Sète / CFA 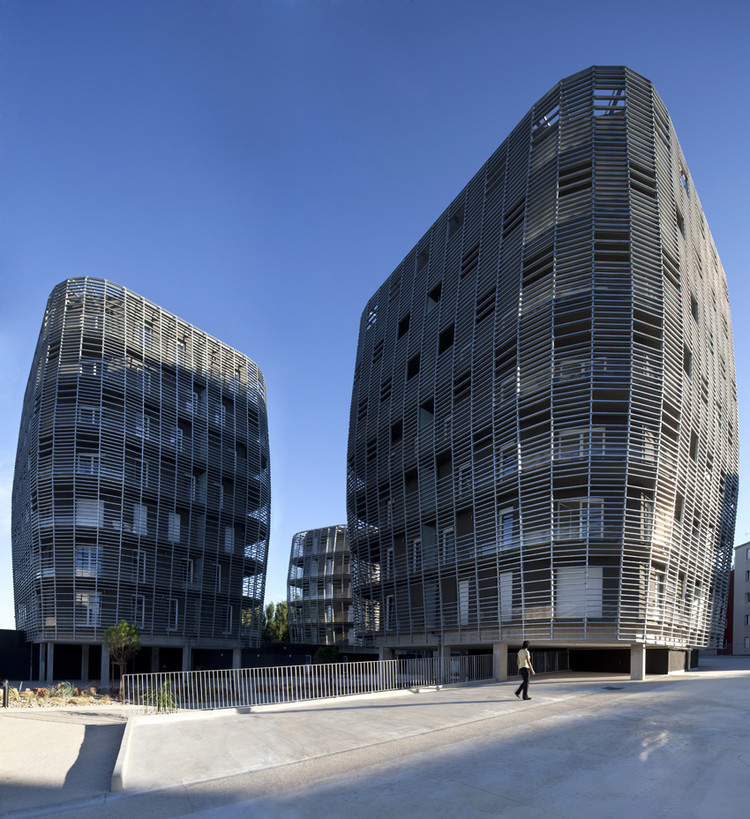 Text description provided by the architects. The building plot lies on the thin strip of land between the Étang de Thau and the Mediterranean Sea on the northern side of the old town, close to the commercial port and its huge industrial facilities. How should we evoke the site’s past and at the same time, through architecture, forge a modern identity for this entrance point to the town of Sète and its emerging neighbourhoods? How should we respond to the titanic scale of the port, with the sea as the horizon, while also maintaining the old town’s way of living?

The project design is based on three blocks of flats set on a ground-floor base. The development comprises four distinct parts: 16 council flats in various configurations; 55 private two- and three-room flats; and shops and car parks to service all of the above. The base accommodates the shops and the car parks, whereas the blocks house the flats. The six-floor block of council flats provides a transition from the existing buildings around it and is therefore located at the centre of the project. The other two eight-floor blocks are thus free to demonstrate their autonomy. The block standing on the street corner marks the entrance to the old town while also looking out towards the commercial port facilities and future developments on the empty docklands. The block at the back is situated above parking spaces and gardens. It looks like a sculpted object in the middle of the ‘island’ and we therefore forget that regulations made it impossible to set the building against the existing party wall.

These blocks also embody a principle of ‘Mediterranean architecture’ that allows for a lifestyle adapted to the local climate: outdoor living protected from intense heat. There are balconies running along the façade and these outdoor extensions allow occupants to walk around the outside of their flats. A galvanised steel screen protects it during very hot weather and also provides a nice amount of privacy. It follows the curve created by the varying widths of the balconies. It lends harmony to the three blocks and makes them easier to interpret. They become gigantic steel cocoons whose materials remind us of the maritime world, while their shape is reminiscent of a ship’s stem and the wind in the screen slats sounds like the jangling of masts in a port. The screen also allow occupants to make appropriate their balconies without disturbing their neighbours, and to create a ‘homely’ feel while also enjoying the view and life in the town centre.

Making good use of the various slopes, the car park creates a man-made topography in the centre of the block of land and harbours a landscape of gardens and parking spaces. The effect is like shelly limestone and it is punctuated with beds of broken rocks and characteristic regional plants. The ground is protected by a layer of bushes and small trees, which provide shade as well as establishing the requisite distance between the flats and people using the car parks. 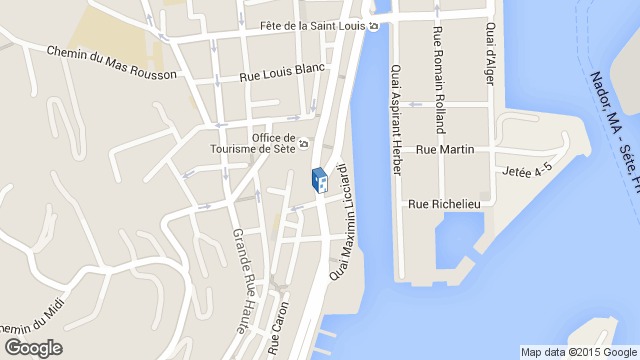 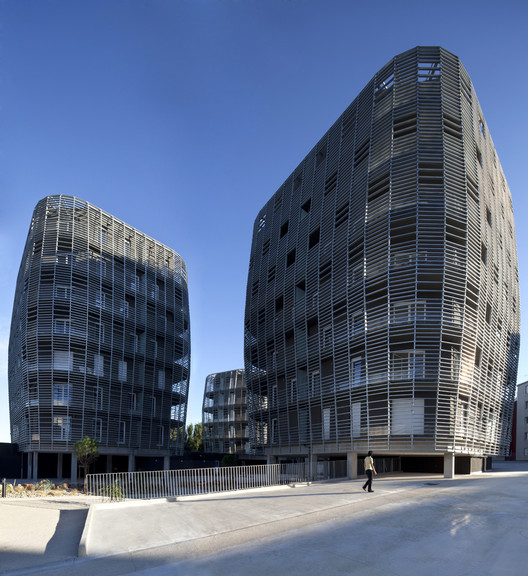