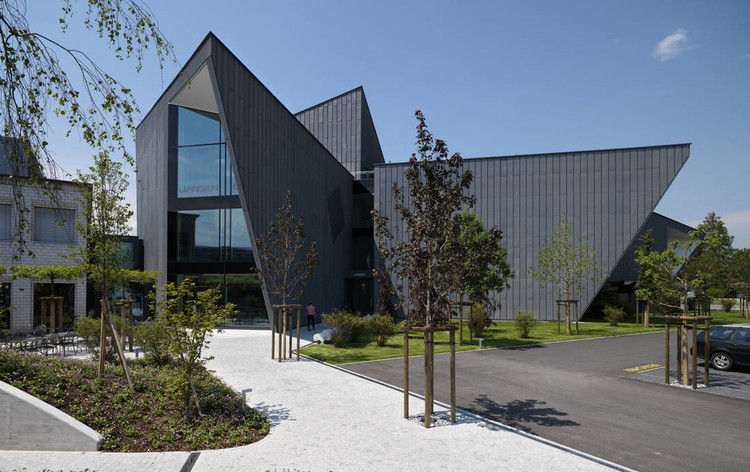 The new Jansen Campus lies in the village of Oberriet, in the Rhine valley, one of the most industrialised areas of Switzerland. The company is currently run by a dynamic young team and though in existence for almost a hundred years, the last ten years have seen a particularly rapid expansion into international markets. The motivation behind the construction of the new building has been to create a space that would have a positive and productive effect on the creativity of the executives, researchers and employees of the company.

Throughout all the phases of design and construction, there has been an underlying and continuous concern in investing in human. This innovative social approach has been consistently supported throughout the project by the company and the challenge to deliver such a building has been met with great satisfaction by all involved. The project is the result of a genuine collaboration between Jansen and the design team. Having worked with architects for many years, developing and tailoring solutions, the clients have a great appreciation of architecture and were keen to apply their experience and expertise to finding solutions for their new building.

The new building was preceded by sort of mini urbanisation of the Jansen site, resulting from the necessary expansion of existing industrial structures and which then allowed for the creation of spaces on a human scale within the existing fabric. This has led to the formation of a series of spaces that evoke the atmosphere of public squares. Given the site’s potential for further development, the project has adopted the name 'CAMPUS- Campus für Innovation und Technik' - evoking a place of production, sharing, learning and research.

The project began three years ago with a concept design and has become a reality that has taken on regional importance, representative of genuine Swiss quality, design, craftsmanship, construction and economy. Jansen is committed to the sustainable management of its production and logistics and in keeping with the company's ethic and technical excellence in this field, the building meets the exacting Minergie standards, with efficient energy use and the reduction of environmental pollution ensuring the enhanced quality of life for the users of the building and a competitiveness in maintenance costs. The building for example uses ground water for the heating and cooling and runs on a heat recovery system, drawing attention to the company's experience in energy efficiency and production of photovoltaic elements.

The site for the construction of the new Jansen Campus lies at the north end of the industrial complex and is bordered by the small scaled residential expansion of the village. This particular site allows the new building to insert itself as the link between two different urban scales- at once acting as the face of the industrial area while also reducing to the scale of the village. This reduction in scale has been achieved by fragmenting the mass of the building into four.

Oberriet, like many other built landscapes in Switzerland, is typified by a multitude of different sized inclined planes, sloping in different directions, that manage to achieve a remarkable visual and spatial balance. It is the sloping roofs and their game of shadows and reflections throughout the day that characterise the built space of this place. In fact, at a perceptive level, the facades of the buildings lose their importance, assuming the supportive roles of these great inclined plans. The new geometry of the Jansen Campus has been generated by this complexity of the 'games of planes'.

The internal landscape is articulated as a fluid space, almost as if it were formed by an extension of the urban streets of the village, a system of solids and voids expanding in all directions. The apparent mass of the new building is dematerialised internally, flooded with natural light teeming through the generous openings and the grand slicing overhangs that project the users out to the landscape.

The new Jansen Campus is also characterised by research, carried out during the design, on innovative materials and technological solutions- some used for the first time in construction. For example the semi-structural facade, produced by Jansen, is a new system produced in such a way as to guarantee a continuity of the reflective, glazed and transparent elements of the building, without the need for external support mechanisms.

In order to build the sloping roofs of the building, a system of adding fibres to the concrete casting was developed. By doing this, this guaranteed that the poured cement would adhere to the metal reinforcements. An innovative radiant system (TABS), partly produced by Jansen, based on thermal mass principles, has also been integrated into the structure; heating and cooling circuits have been installed directly into the concrete structure forming the floors and ceilings, ensuring the quality conditioning of all spaces.

The facade is clad in a dark pre-patinated perforated Rheinzink mesh. This particular finish gives the material a colouring that evokes the density of the tones of the wooden buildings of the surrounding area. Used for the first time as an external cladding, this shimmers with reflections and shadows, changing throughout the day. The modular design and the tight stretched mesh play a role in the scale of the building and make it interesting and pleasurable for approaching visitors. The Jansen Campus, both internally and externally was almost entirely built using resources available within a few kilometres of the site. This fact highlights the entrepreneurial strength of the region, the commitment to sustainability principles and the focus of efforts towards effective energy savings.

In order to allow for the fluid flow of daily working life, spaces intended for collective use have been placed adjacent to the main lifts and stair while the more intimate working spaces lie further along from this circulation. The structural functions of the building are assumed by the perimeter walls of the triangles, thus allowing for a free plan internally with a high degree of flexibility and possibility for future division. Currently the spaces are organised about a three-dimensional grid that corresponds to the company’s functional structure.

The public functions are distributed from a reception zone on the ground floor. Rooms for meetings, business lunches and a restaurant all lead off this area. Also on the ground floor, beside the reception is an office known as ‘Mission Control’ representing the operational heart of the company and acts almost like the stock market floor, where all information regarding the operations of the company is processed here in real time. On the first floor there is a space named "Kreativbereich", a workplace and informal meeting space open to all, much appreciated by the employees, a teaching room with foyer and other meeting rooms.

An open plan office for the communications section is located on the second floor and on the third is the boardroom with a panoramic terrace. Individual offices and more intimate working spaces requiring more privacy are distributed along a spiral, with their area increasing as the spiral rises. The northern-most triangular block houses the operations wing of the company across two floors and on the upper floors are the offices of the directors responsible for this sector. The south triangle houses quality control and the executives responsible on the second floor.

In the basement there are ca. 1000sqm reserved for archives, mechanical rooms and technological systems. Despite its apparent sophistication, the atmosphere of the internal landscape reflects the principle of reducing details to a minimum. The constructive elements are therefore always explicit and follow the rationale and economy of the site and the project, giving the space a technical, industrial atmosphere.

The Completion of a Vision

Alongside the building itself, the ‘architecture’, particular care has been taken in the landscape design and in the choice of both furniture and art works to complete the spaces. The landscape design involved the planting of 80 trees of 35 different species that have existed in the Rhine valley for at least the last 200 years and as such it takes on a didactic role in explaining the region’s landscape.

Contrary to the traditional art investment for a work created in-situ, and thereby explicitly connected to the building, it was preferred, within the same economic parameters to take a more ‘dynamic’ route. As such, the art works selected reflect the intention of interacting with the complexity of our contemporary world and contains pieces by young, internationally established, contemporary artists.

Just as in the attention given to every detail in construction, the same precision and care went into the choice of furniture and the lighting and technical elements in the building. It was decided that the furniture pieces would be products of the recent generation of designers, the result of a particular technological research, be of resistant and durable materials and reflect the philosophy of Jansen. 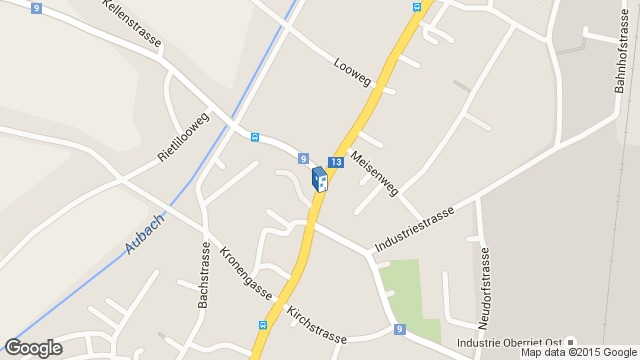 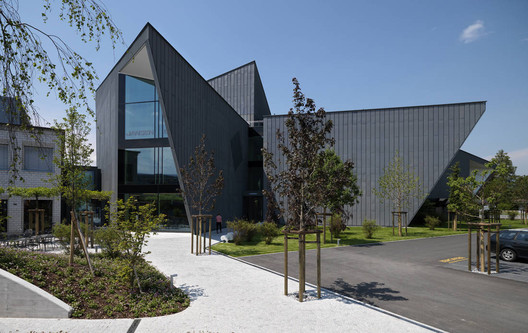