✕
Save
The Soweto Theatre / Afritects 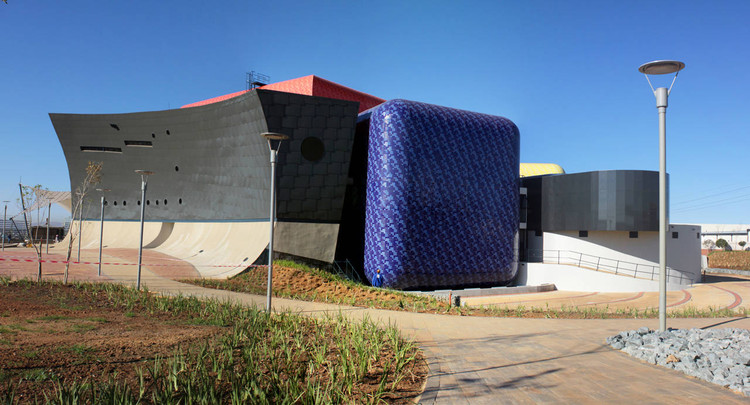 Performance requires an audience and performers. Theatre requires performance with a disconnection from the outside world, a sealedbox to hold an audience and performers. This space is known as the black-box in the theatre world. Performance spaces in apartheid-oppressed Soweto were historically nomadic. With no dedicated venues-theatres were make-shift, temporary and sidelined: any ‘box’ would have to do. In the absence of a formal theatre space, what did manage to developwas a performance-atmosphere that was relaxed, accessible and unintimidating with the focus being on entertainment: precisely the desired escape, or reprieve, needed from thereality and regulations of the time.

Johannesburg City identified the long overdueneed for a public theatre in Soweto, post-apartheid. A formal theatre space with its specialised facilities would serve a large community of theatre goers in Soweto as well as provide the opportunity for performers to fully showcase their talent. Although the need for this spacewas obvious, the response to this brief couldn’t be. Simply providing generic infrastructure without examining the existing theatre-culture of Soweto (regardless of whether it was previously formalised by a dedicated space or not) would not respond to this communities’ expectations of what a theatre should be, and ultimately not be a space that the community (specifically the community of Jabulani, Soweto where the theatre is located) would embrace and feel was theirs to use and enjoy.

What would then define theatre-space for a theatre-less community with a long, matured and astute theatre-culture? The conceptfor the building needed to allow for state-of-the-art facilities fitting the dramatic echelon of Soweto whilst retaining the freedom of spirit that made performance in Soweto so enticing in the first place.A new-brand of brand-new theatre needed to be invented. The existing theatre typology; the monolithic, impenetrable, secretive-mass with one- almostreluctant- public-gesture (the front door) would go against the ethosof Soweto’s theatre community.

The intention was to demystify and beguile the community to this much needed, yet foreign facility. The humble performance -box became the focus;it was to be completely visible both inside and outside of the building. As the Soweto Theatre brief called for a collection of three performance spaces (seating 430, 180 and 90 patrons respectively), these three spaces were each highlighted and made identifiableon the building’s exterior. The inner workings of the theatre complex express themselves outwards to the community as highly visible beacons in the landscape,enticing the audience in.

Separating and giving clear identity to each of these performance boxes offered a design challenge. As buildings comprise of serviced and service spaces (theatres by nature are highly serviced spaces) an architectural device had to be included to separate these elements. The wing walls that flank the building contain the theatre service spaces (ablutions, offices, stairwells, kitchens, store rooms, air-movement systems etc) and frame the three performance venues (the served spaces)whilst defining the internal, street-like,foyer spaces around the performance boxes.

The shapes of these boxes were given further identity withcurved edges and corners. Skylights and glass floors detach the boxes from the concrete floors of the building. Each box was then given its own identity with a different colour using various shades and finish of red, blue and yellow ceramic tiles.The interior remaining the black box that makes theatre possible and the exterior colours representing the vibrancy, personality and excitement associated with theatre in Soweto. 200 000 ceramic tiles adorn the walls of the performance boxes, each tile laid individually by tradesmen from the local community.

A community’s voice is too often overwhelmed by more powerful and influential individualsfor a project with this history and gravity. The relevance here is however not that the community’s voice was heard, but rather the evidence of what that voice has created. The Soweto Theatre is professional venue unlike any of its class; sophisticatedand state-of-the-art whilst remaining approachable and inviting towardsthe community it belongs to Sergio Duarte.

With the development of a new iconic performing arts drama theatre, Johannesburg’s historic township, Soweto, is likely to become a new destination of interest for connoisseurs of the theatrical art and the public in general. Soweto is an international city regarded for its illustrious and infamous past. It chronicling its history, the township does have a dearth of historical protests, arts and cultural movements aside a lack of decent human settlements.

Recently, as a consequence, there has been teeming infrastructural, residential and commercial investment poured into this ‘city within a city’. From a new public transport system, BRT (Bus Rapid Transport) to the new Jabulani / Zola District Hospital, an upgraded Orlando Stadium including various retail developments such as the Maponya and Jabulani Malls, Soweto is expanding! Not in a sense of urban sprawl but rather in its ability to sustain and develop its residents.

Enter; the new Soweto Theatre bringing a significant contribution to the rich arts and cultural context of this township, which already greatly contributes to the country’s tourism revenue in the form of local and international visitors coming to partake in its historical sites. The new theatre is in the heart of a culturally rich area within Jabulani (a neighbourhood of Soweto). The new theatre establishes its home in a public park right next to the famous Jabulani amphitheatre, at which many significant events took place historically.

The objectives of this project were to provide a fitting and versatile venue for the advancement and sharing of arts and culture in the area, and to assist in furthering the economic and social development of arts and culture in Soweto. The brief to Afritects (the project architects) was simply to design 3 venues for the performance of arts and culture as given by Johannesburg Property Company (JPC). The precinct was thus conceived to house primarily theatrical performances but would also accommodate musical and dance productions including choral performances. Additionally, the facility would also host festivals, conferences, meetings and community gatherings.

Afritects succeeded in carving out an innovative design, which has heightened hope and anticipation for the success of the precinct, from the community to various stakeholders. It is anticipated that this project would be an inspirational springboard for similar developments in Soweto. Former Johannesburg Executive Mayor, Amos Masondo said the addition of the theatre to the neighbourhood was “an important part of transforming Soweto from a mere dormitory into a normalised neighbourhood. We are striving to change Soweto into a sustainable human settlement that is known not just as a place where people come from but where people also go to.”

His sentiments are shared by the City’s Director of Arts, Culture and Heritage Services, Steven Sack. “We want to turn Soweto into a viable neighbourhood that has facilities you find in the inner city, including entertainment and recreational facilities of the very best Johannesburg could offer.”

The Soweto Theatre is an aggregation of both national and global best practice standards in theatre design. Various local and international theatres were studied, extracting only important aspects, to replicate in the Soweto Theatre. Furthermore, renowned technical specialists were brought on board the professional team to ensure the theatre’s design resulted into top-notch acoustics and lighting. From a distance the theatre displays brightly coloured and curved “boxes” of varying sizes. On closer inspection, it is revealed that the Soweto Theatre comprises three performing venues.

The largest is a 420-seat venue with a fixed stage and tiered seating. It has a full orchestra pit, a bridge for a fly tower and wings. The other two venues comprise a 180-seater and 90-seater flat-floor theatre respectively. The two latter venues have added flexibility, as they are not equipped with a fixed stage or seating. Facilities include an orchestra pit, fly tower and shared backstage facilities between the three performance venues. Outside of the theatre is a special public space - a foyer that can be used as an additional performance area, a social gathering place during intermission or just as a pause area. There is a tensile structure or canopy covering this space providing shade.

The east and western sides of the theatre boxes are defined by curving fortress walls (blinkers) containing all other ancillary spaces. One of the most challenging features of the theatre, and arguably the most daunting to achieve, was the curved walls. The design has incorporated curves into walls that curve both horizontally and vertically, creating a parabolic shape, which was truly an engineering challenge that resulted in an iconic building.

The external and internal walls are sloped and curved for functionality as the service spaces on the upper floors (offices/boardrooms) required more space than the public ablutions on the ground floor; this gives the wing walls their distinctive, top-heavy profile. 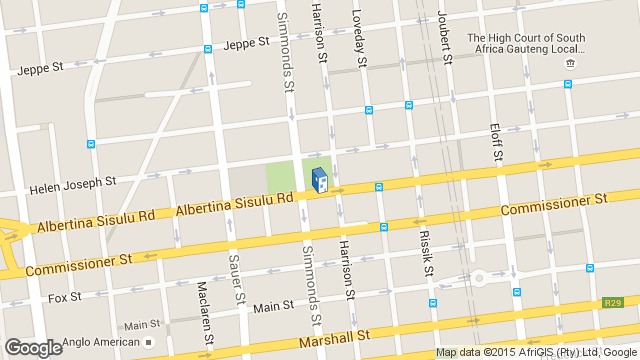 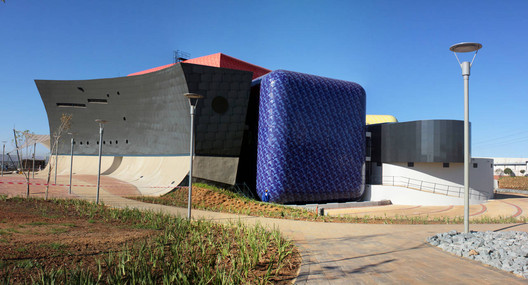