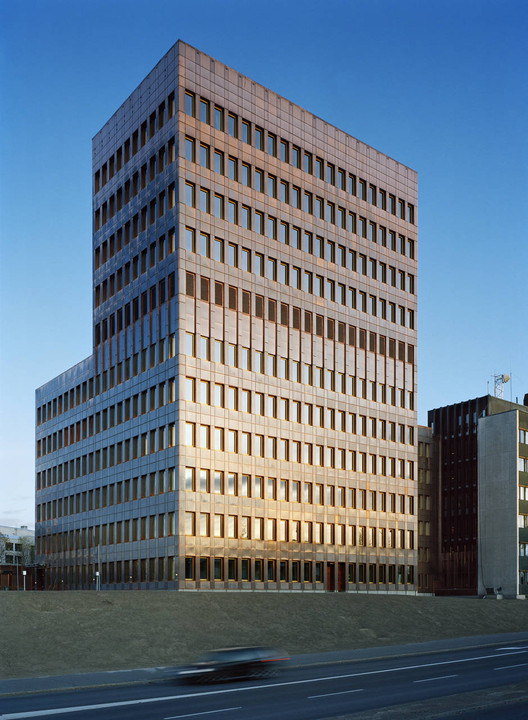 Text description provided by the architects. Local power production company,Skelleftea Kraft have a new headquarters building adjacent to their existing office building in the northern town of Skelleftea.

The strong structure and the articulated tectonic of the new building is based on an overall 3D order and relates to a classical rational tradition. The aim has been to create a building that enables its users to appropriate it and at the same time strengthen the common identity.

The building is composed as a single plastic volume, which within the grid system corresponds to the urban context. The exterior of the building can be seen as a fabric of copper, folded around the shifting volume to give it a solid and coherent appearance. The deep windows create a striking relief that decribes the structural system of the inside as exposed concrete that contrasts with the well crafted wooden birch window frames and copper details.

The building organisation is based on the notion of the building as a city. A central atrium, the open staircase and the cafes work as public spaces within the building, connected by wide corridors. This open structure enables multiple ways of appropriating the space. The uniform character of the interior further encourages the individual expression in the forms of furniture and decoration within a strong functional frame. The interior space is charaterised by light and intimacy. The facades, that appear massive from the outside, are perforated by deep window niches that moderate the low Nordic light, almost like a traditional Swedish glass veranda.

The materials used are raw and robust. Re-occurring typical solutions have enabled thorough studies of elements such as window frameings, copper cassettes and concrete elements from both structural and tectonic viewpoints. This has led to a combination of craftsmanship and rational methods in the production and hence a very high precision in the execution.

An ariy volume is suspended in the atrium. 735 nodes connect 410m of 3mm copper tube to form a 3D grid, taking its measurement from the structure of the building. The hanging sculpture, that visualize the grid dna of the building, has been built by the architects on site.

The facade cassettes are pre-fabricated in non-treated copper, which already has turned dark brown. In a few years time it will have a greenish black patina that will contrqast with the gold coloured window frames.

The design of the facade is optimized for durability to minimize the cost of maintenance over time. The 9000 copper cassettes are anchored with hidden fixtures to an underlying frame of stainless steel profiles. The windows are made of powder coatedaluminium. The result is an outer shell consisting entirely of non-organic materials. 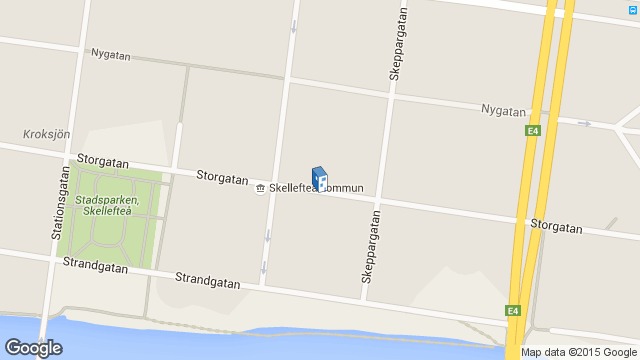 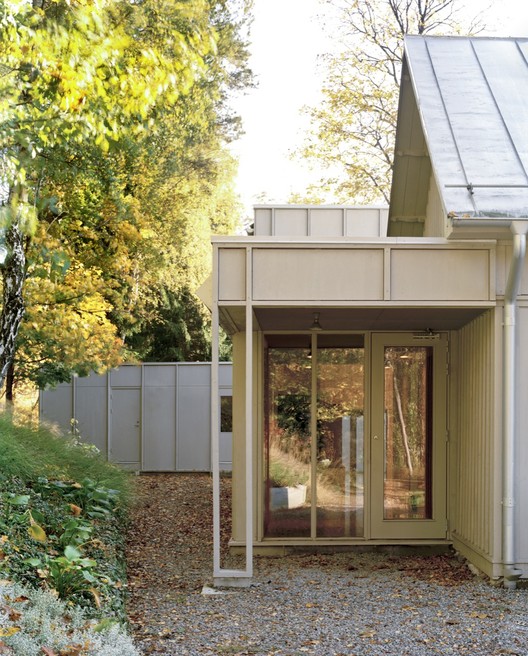