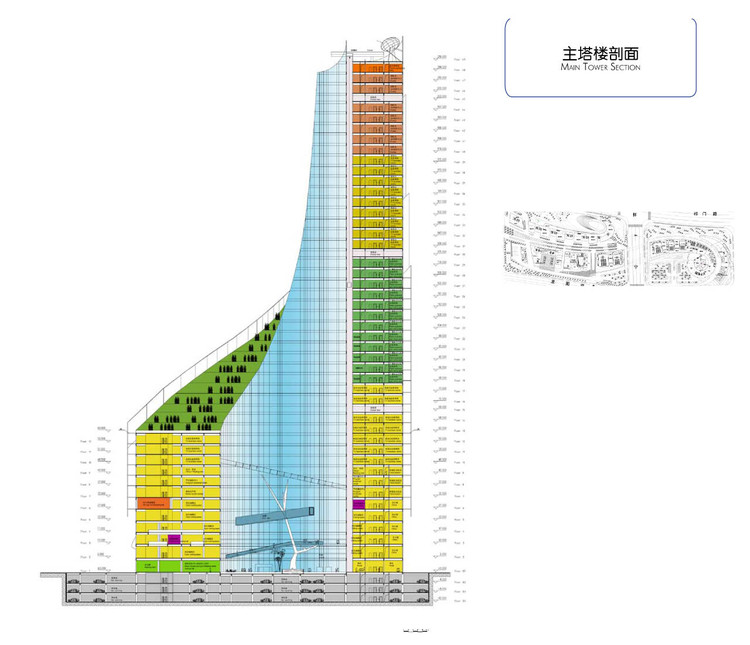 NDA’s design concept is inspired from the cultural character of paper scrolls and calligraphy, with the curves of the centre’s façade giving the building an iconic and airy feeling. In the design, the NDA team sought to understand how to optimize the connections among the different functions of the work spaces, working closely with the stakeholders who will occupy the office space, from the broadcasting and production teams to the management.

Careful attention was given to the circulation between the buildings and open areas, with many of the lobbies and public space allowing for multi-functional uses. “Our intention was to build a cultural landmark for Anhui in a contemporary style that would restore the province’s cultural heritage, while meeting highly technical and specific requirements of the TV and the Broadcasting industry”, says Emmanuel Delarue, CEO and Chief Architect of NDA Architecture.

The lower part of the tower shelters all the broadcasting studios, the multimedia companies, the technical and services area and a 400 sqm theatre whose stage is the widest ever in China. The offices are located in the upper part of the media tower. The first construction phase was completed in October 2011. When completed in 2013, the Tower will provide an observation area open to the public.