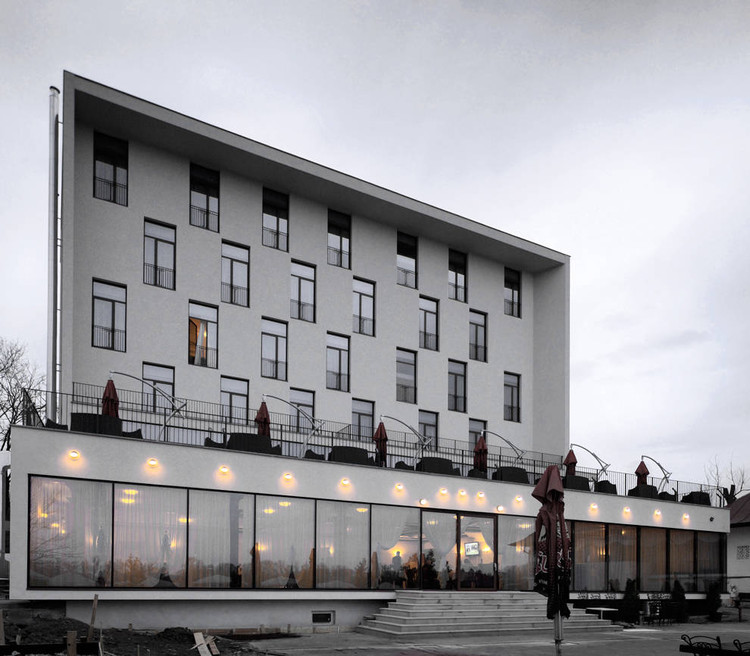 Text description provided by the architects. The hotel is located on the border of Floreasca artifical lake on a site which is the object of a strange mixture of zoning projects so typical of Bucharest: green space where no construction is allowed stand side by side with areas where, on the contrary, the intense fragments (sometimes completely abandoned) massive buildings rise and why office and residential buildings are close to kiosks, terraces and other temporary or derelict constructions.

A white prism soars among the trees. The volume is compact enough to allow for a generous free surrounding area and at the same time it is not too crammed together so that it may become too tall in exchange. The space is divided in a simple, clear-cut manner: a double row of rooms on the upper levels, with the ground wider than the basic prism, thus creating a spacious terrace for the salons accommodated on the first floor.

The expression of the building structure fits its functions and its relation with the different surrounding areas. The public levels are almost completely glazed, while the rooms benefit from individual openings. To the South (and the city) a simple rectangle is broked into large square windows; to the North (and the lake) a protruding frame runs around the facade, the latter being shaped bz the rhytm of the irregularly aligned French windows.

The architects regret that they could not use a curtain or grid solution for this facade for budget related reasons. The elimination of a canopy which was to partially cover the first floor terrace and soften the relation between the ground floor and the box is also a pity. However, I believe that even so, the building is well fitted in the lansdcape of the South and West borders of Floreasca lake: it is a clean contemporary reinterpretation of the modern white box protruding from the trees.

The interior decoration and some of the exterior details (such as the forged iron banisters) reflect a very different vision from the essential one of the project. It’s the coherence of the building's insertion in a very difficult context that remains the strong point of the approach. 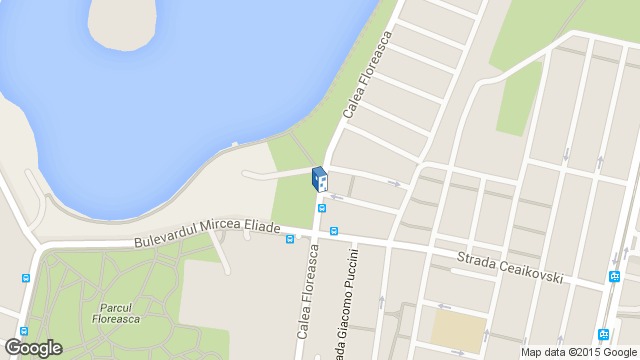 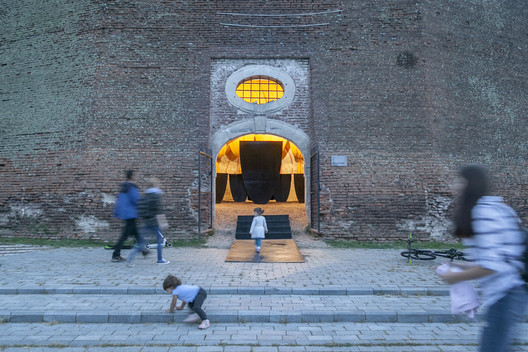 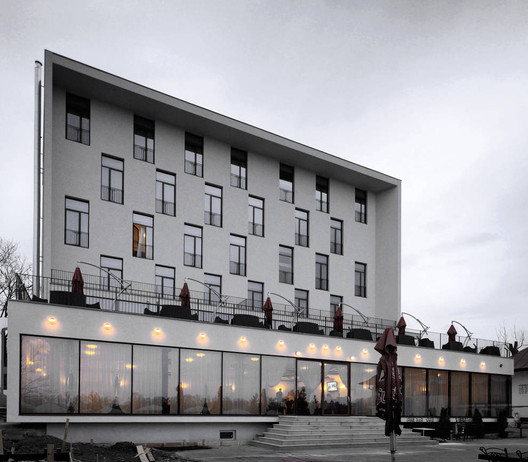