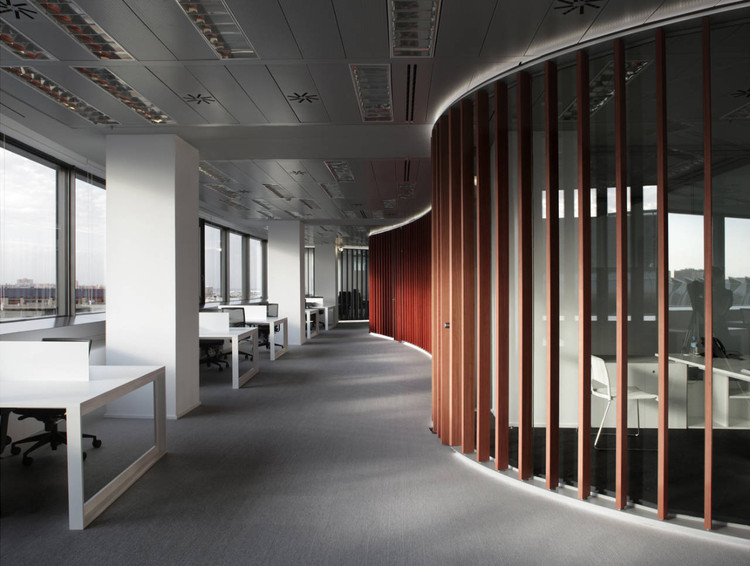 NOATUM is a new company which gathers an extense experience in the Port sector due to its previous stage as Dragados Ports. It is the Spanish leader in managing, shipping and port logistic activities, being present in 27 port terminals with over 1600 employees and a container shipping movement of 3,9 milion TEUS in 2011. The origin of Noatum’s name goes back to the scandinavian mythology and means “city of ships”. At the same time it is the name of the castle of Njördor, god of the sea and wind. A name evocative and inspirational which is linked to the concept of prosperity and security… aligned with the company’s values.

At the very begining of 2011 it was decided to move their headquarters from Madrid to Valencia, natural harbour of the Spanish Capital city, betting for new representative facilities at the city’s greatest expansion and projection area… between the port and the city.

Noatum HQ is located on the 10th floor of an office complex. It had a difficult geometrical coexistence with a rounded “boat-shaped” perimeter on the facade and a grid of columns in its interior space which made impossible to solve the design with an orthogonal common functional design.

To give an answer to this issue we proposed to the client the Savoy Vase shape and design values as a reference for the solution. … and the Finnish Pavilion at the 1939 NYC exhibition as an aplication in architecture.

Originally designed in 1936, Alvar Aalto pushed the envelope with this unique shape that will remain forever modern. As a statement against industrial production, the Savoy vase promoted human minded needs. Organic, versatile and enduring, it is still today a best seller taking form in a variety of glass vases, trays and bowls…

We followed a creative process stablishing a system. A way of projecting more than one specific design. Inspired on Aalto’s organic geometries and materiality, we should also be able to absorb the program changes made by the client when defining the new company’s operation. This system happend to be extremly flexible to those changes while the project’s image remained the same.

We designed an open continuous space without barriers following the concept of “open office” with operational workstations, common and distribution areas and accesses… Opposed to other enclosed areas contained in three curved volumes with the storage program, management offices, high Management and meetingrooms.

Defining spaces but not enclosing them… creating a hierarchy of linked open areas from the most public into the most restrictive: From the entrance with views over the Calatrava’s iconic City of Arts and Sciences on the west… to the sea and port views of the Boardroom’s resting area on the east … in a sort of “promenade architecturale” progressively more private. We forced the longest route possible to get to the boardroom, oversizing the spacious perception to clients and visitors who may get the idea that the office is bigger than actually it is.

The main task during construction design was to define how to materialize the closed volumes. We needed to find a clean, economic and strong solution in order to keep the concept and shapes at a time. We solved it choosing for a succession of vertical wooden slats on the outer side, and a faceted glass skin in the inner side, making it easy to build and at the same time very visual-effective solving the curvatures

We chose for eucalyptus wood as it is ecological, a very light colour almost whitish and with a very well defined grain. Those organoleptic charachteristics were very important when we decided to implement colour to them. The applied colour wouldn’t be distorsioned, and when the paint layer was light enough, the grain would be still visible offering a nice warm wooden texture. These aspects would keep the scandinavian design feeling and a not common warm effect breaking with the cold glass and steel typical office space.

By colouring the slats we adapted the generality of a system to the particular case of this client: we used the colours which defined the company’s brand image. We applied them depending on the programatic area: three different reds from light to dark at the operative area looking west. A vivid colour selection connected to the most vibrant work-flow and reinforced with the orange tonalities of sunset at noon. Dark blues into the high management area in a transition to the light blues on the boardroom area … fading out with the omnipresent blues of the sky and sea when looking towards the east over the port.

With this project we learnt that actually the curve is the shortest route between two points. One point was the changing demands of a client while solving the sensitive issue of defining the idea of who they were … the other the solution to the geometrical problem of a complex spatial situation.

Cargo ships managed by Noatum sail throughout the planet looking for the shortest route between two points, in order to deliver their goods as fast and efficient as possible to the destiny’s port. This route is not an straigth line but a curve called Orthodromy. 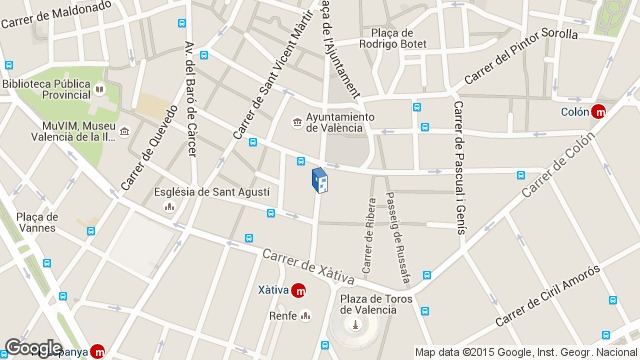 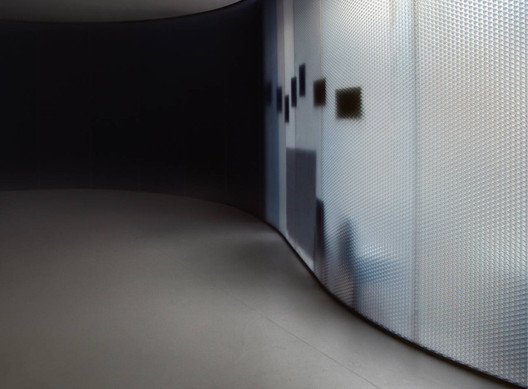