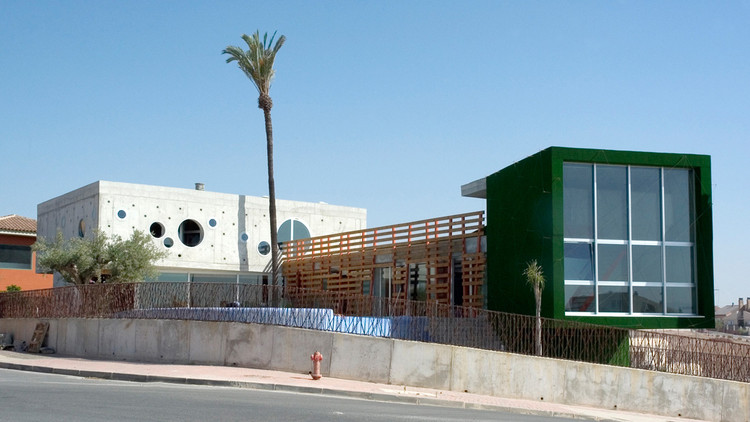 Text description provided by the architects. On the urban insertion

By being an isolated single-family house, the articulating piece with the city is the garden, acting as a filter between the street and the neighbors. The qualification of the exterior spaces is done through the section: an endless pool acts as a retaining wall, the garage incorporates with a large gate as a play area on the lower access, a big palm sews the two lower levels, the mirrors on the facade build a suburban lobby between the entry of the lot and the access to the house.

Several interior and exterior circulations allow inhabitants to enjoy the garden, which folds on certain facades with an artificial grass finish and virgin tree vine, continuing with a green cover that connects the parents and children areas in the upper level of the house.

The structure resolves in a radical way the "family" proposal: two boxes act as tall beams, with a large span (10m, 15m up to 17m) and cantilever (up to 6m). The lack of supports  envisions suspended and independent programs.

The whole house is made out of light structural concrete, with an exposed finishing in both interior and exterior. Light structures and enclosures (aluminum, glass, wood) populate the interior space, generating the partitions and the rest of the facades.

Both pieces overlap on the kitchen and living room, configurating a fluid space and continuing the exterior through the south facade. The interior stair vertically connects the different programs  and is the common space to all the levels of the house. 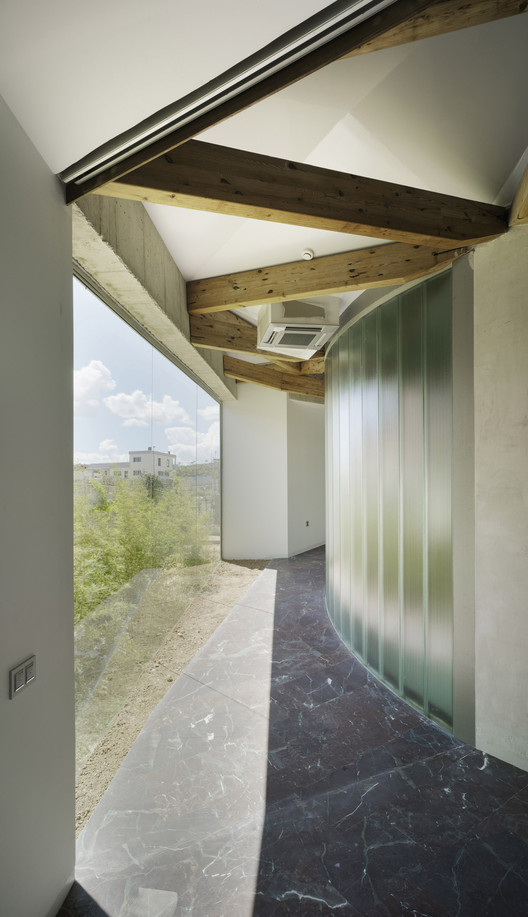